Along with the official launch of the iPhone 5 in San Francisco was a newly-improved Apple iPod Touch 5G. The successful media player gets another installment and this time, it was introduced with quirky new colors. Just like the iPhone, it was revamped with a screen upgrade that’s why they are now both on the 4-inch level. Check out the iPod touch 5G details below. 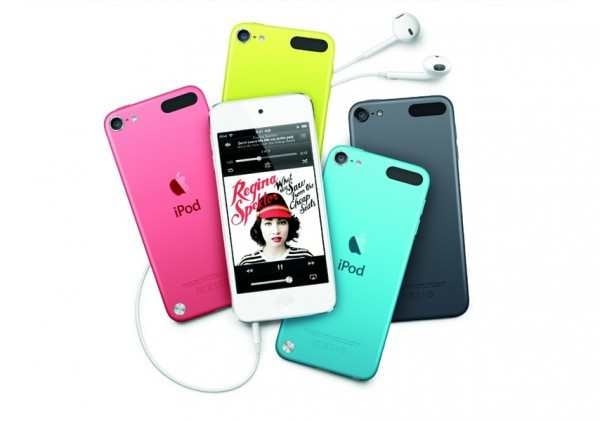 The iPod Touch 5G will be powered by the Apple A5 processor which was first found on the iPhone 4S. With that, it will get a better firepower compared to its previous versions. It will also be sporting a Retina display like the screen found in iPhone 5 and iPad 3 so this will eventually boast beautiful and vivid colors. Apart from being bigger, it is also notably thinner and lighter now measuring at only 6.1mm thick and only 88 grams.

A 5-megapixel auto focus shooter was also intact and accompanied by a back-illuminated sensor with LED flash. Connectivity options include Wi-Fi, Bluetooth v4.0 and AirPlay mirroring. Moreover, the latest iteration of Apple’s mobile OS, the iOS 6 will be built-in to this device bringing a handful of new features like Apple’s 3D Maps, Facebook synchronization, and the much better Siri among others.

The thing I like about this iPod Touch 5G is the expansion of its available colors unlike before when people were stuck in choosing between two colors – white and black. This time, Apple tried to experiment with colors ranging from yellow, silver, pink, blue, black, and white. And if that’s not enough, Apple will also be offering an exclusive lanyard called as the Loop. 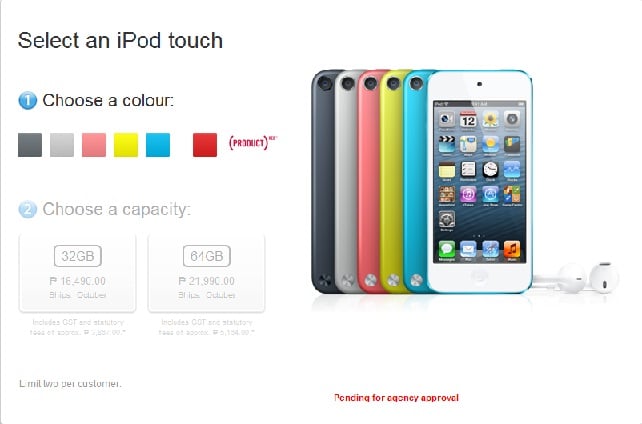 iPod Touch 5G Price and Availability in the Philippines