Microsoft just can’t get enough of hybrid computers. So much so that they released a new tablet that, yet again, doubles as a Windows PC. This is the new Microsoft Surface Go, the most portable, and affordable Surface laptop yet.

The Microsoft Surface Go works just like the Surface Pro and the others. Only this time, it’s much smaller to keep it compact and has toned-down specs to keep the price tag reachable by most people.

With its 10-inch PixelSense display, this is definitely the most mobile Surface 2-in-1 device ever. But to keep the hybrid laptop train going, the Surface Go comes with Microsoft’s signature kickstand on the back with an improved hinge.

Microsoft also developed accessories that are made specifically for the Surface Go and its small size. There’s the Type Cover, Mobile Mouse, and of course, the Surface Pen. The official promo video also suggests that the Surface Dial is compatible on this thing. 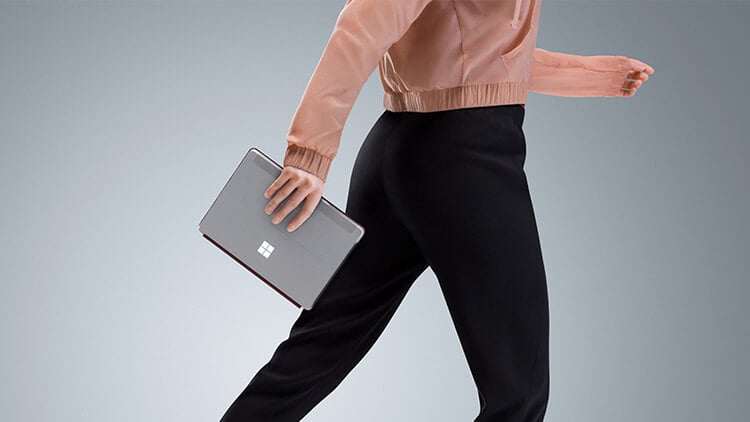 The Microsoft Surface Go runs on Windows 10 on S Mode out of the box. But just like all Surface devices, you can easily upgrade to a full Windows 10 experience for free.

Clearly, the Microsoft Surface Go is meant for those who do work on the go. While you can’t surely do too much gaming on this thing, it might handle some basic creative work decently. Because it is a Microsoft Surface product, after all. 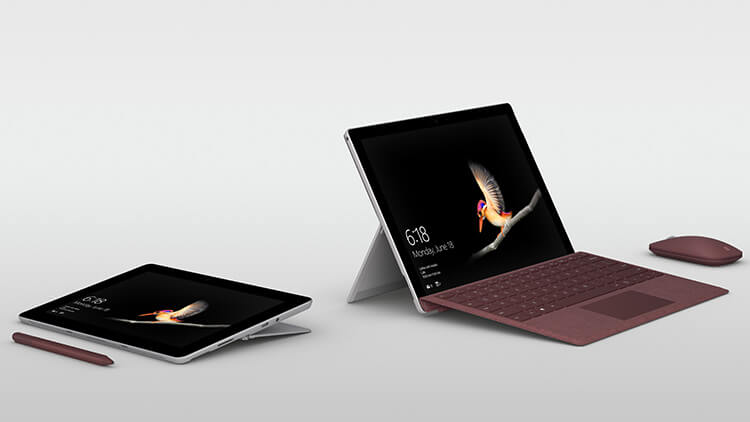 With that, let’s talk about the hardware. The Surface Go runs on an Intel Pentium Gold 4415Y qual-core processor, partnered with an Intel HD Graphics 615, 4GB/8GB of RAM, and up to 256GB of internal storage. That set of components screams nothing but high-end tablet PC.

And since this is meant to be a portable, on-the-go machine, the Surface Go is available in a 4G LTE variant. However, Microsoft is only outing the WiFi-only model upon launch, with the cellular variant coming later this year.