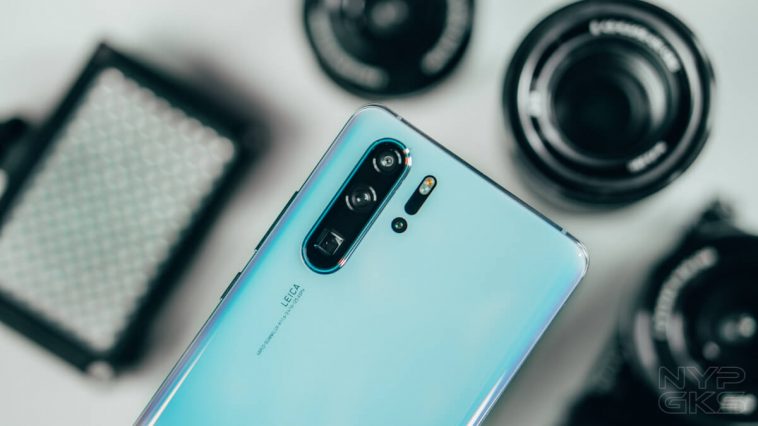 In recent years, Huawei flagship devices were celebrated as some of the best camera phones in the market. So when we got our Huawei P30 Pro, we were excited to see how far did the company take the mobile photography this time.

Before we start talking about the Huawei P30 Pro camera samples in detail, let’s get the specifics out of the way first. This device brags a 40-megapixel primary camera, a 20-megapixel sensor with an ultra-wide angle lens, a ToF depth sensor, and its most interesting feature, the 8-megapixel shooter with a 5x periscope telephoto lens, which provides 5x optical zoom. With that, let’s start with its 40-megapixel primary camera. This sensor is coupled with a really wide f/1.6 aperture and an optical image stabilization. And as you can see in the samples below, the P30 Pro takes stunning photos.

The colors are just top-notch, which just gets better when you enable its fast AI scene detection feature. The contrast is deep and the dynamic range is almost perfect.

Also, thanks to its wide aperture, it can take well-lit and details photos at night. Also, you can almost achieve those authentic bokeh images, without the need for using its synthetic Portrait Mode feature.

Speaking of Portrait Mode, this feature does work great on both objects and human subjects. You can switch to “Portrait” to take pictures of your friends with that blurred background look. As for objects, you have to swipe far to the left of the camera app and enter the Aperture mode.

It does a good job of separating the foreground from the background, creating a really nice professional-camera look. That’s all thanks to the Huawei P30 Pro’s dedicated Time of Flight (ToF) depth sensor.

Huawei was one of the pioneers of the “Night Mode” feature, which we started seeing on the P20 Pro. The said camera mode works equally good on the Huawei P30 Pro. It takes a long exposure shot, which outputs really impressive night pictures with the help of optical image stabilization (OIS) and AI.

Since we’re in the subject of low-light photos, Huawei is upping the game by not just letting you take great night images, but also allowing you to virtually see in the dark.

One of the biggest camera feats of the Huawei P30 Pro is its ISO levels that can go up to a whopping 409,600. We have some sample photos below to help you appreciate how good it is.

The images on the left are at around ISO 6,400, which was set to match what the eyes can see. While on the right we have the ISO maxed out. The images might not be Instagram-worthy, but the fact that a camera phone can do such thing is still worth talking about.

Other than its ludicrous ISO levels, another one big camera feature of the Huawei P30 Pro is its 8-megapixel camera with a periscope-style 5x telephoto zoom. This design allowed Huawei to put more lenses on this camera, which enabled the device to do a whopping 50x of hybrid zoom. But just like the images you can take from its ISO 409,600, the image quality from its 50x hybrid zoom is definitely not the best. For those who are unfamiliar, a ‘hybrid zoom’ is a combination of both the camera’s 5x optical zoom and the synthetic digital zoom.

The photos you can get from its authentic 5x zoom is really acceptable. But adding digital zoom in the mix results to a blurry and noisy image. But the great thing about it is, you can see really far away subjects. It’s like having a telescope in your pocket.

It also has optical image stabilization so it’s easier to shoot in handheld when you’re zoomed all the way in. Although you might want to use a tripod for best results.

Next stop, we have the Huawei P30 Pro’s 20-megapixel ultra-wide angle camera. That’s the same sensor we saw on the Mate 20 Pro, and offers more pixels than what the ultra-wide sensors like the Vivo V15 Pro have.

Having a wide focal length allows you to put more subject on a single frame, which is great for architectural photography, group shots, or if you just need to cram in more subject in one photo.

Also, thanks to AI and its pixel-packed sensor, the photos from this camera also has great colors with really deep contrast.

Of course, let’s not forget to talk about the 32-megapixel front-facing camera on the Huawei P30 Pro, which is easily one of the most pixel-dense selfie cameras in the market today.

It has a lot of novelties that most smartphones have. We have face beauty modes, AR effects, 3D Qmoji, and portrait mode.

But probably its most notable feature is the camera quality itself. The 32-megapixel sensor makes for sharp and well-detailed selfies. The images you can take on low-light or indoor scenarios are also well-lit, without any noticeable compromises on the quality itself.

Clearly, the Huawei P30 Pro is one of the best camera phones that you can get right now. Other than taking great photos, it also has tons of camera modes and features that let you take pictures in pretty much any kind of scenarios.

The best part is since it’s a flagship device, it’s more than just a pocketable professional camera as it has tons of other high-end feature. That’s something that we’ll dig in further for our full review, which we’ll be publishing in the coming days to stay tuned for that.

But if this Huawei P30 Pro camera review is enough to convince you, then you can now get this device as it’s available at Huawei stores both online and offline for Php50,990.