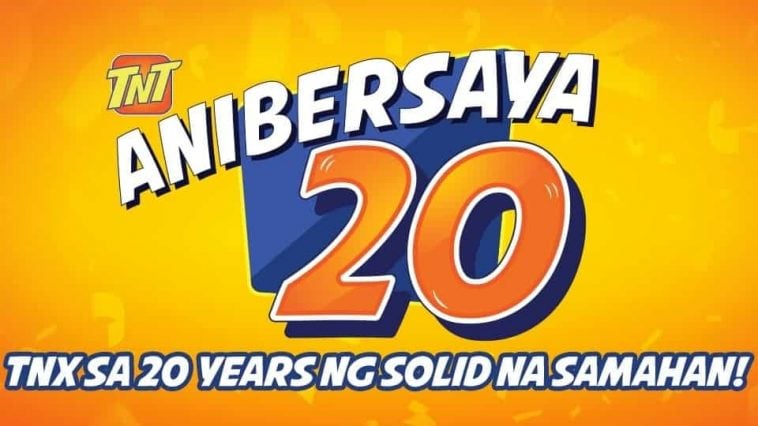 In celebration of its 20 successful years of fruitful and continued service, Talk N’ Text is launching a campaign dubbed “Big Bente,” which instantly rewards consumers 20% “Balik Load” on Giga offers.

The promotion is aimed at giving back to its valued consumers nationwide by providing them a simple bonus with their purchase in light of TNT’s once every decade festivity.

Consumers can easily join in the fun by simply choosing to avail of TNT’s existing “Giga” offers, such as Giga Games, Giga Videos, Giga Video, and Giga Video+ via the Smart App (iOS/Android) or by manually dialing “*123#” and choosing the preferred promo.

After reaching another significant milestone for Talk N’ Text, consumers can expect more promotions that go in line with the company’s ongoing goal of bringing everyone closer together.