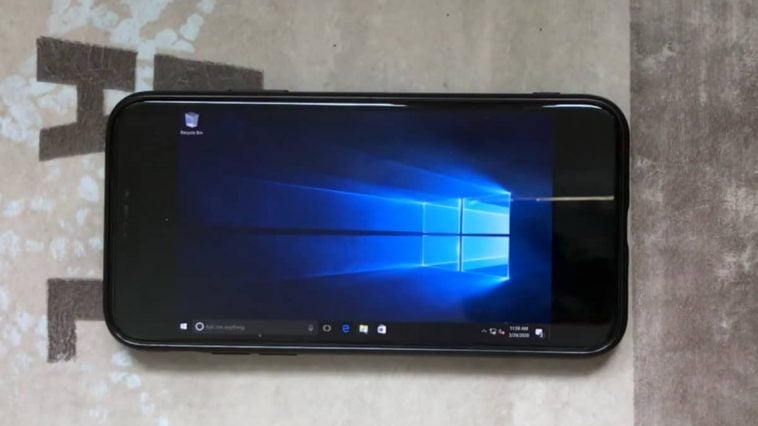 Tech enthusiasts keep on coming up with new things to try while they’re stuck at home — including running a full Windows 10 PC OS on an Apple iPhone X.

In the video above, you can see the YouTuber boot up Windows 10 on an iPhone X like its a real Windows computer, albeit it took a noticeable amount of time for the empty desktop to fully load.

He was able to navigate the system by moving the mouse cursor using the touchscreen as a trackpad. Single tap for the left click, double for right.

The YouTuber was also able to install Microsoft Office 2019. Albeit, typing on Microsoft Word is a bit inconvenient since the on-screen keyboard covers half of the screen. Microsoft Paint was also usable on this one.

But considering how slow the load times of basic apps are, we doubt that you can run triple-A game titles on this thing.

The YouTuber was able to run Windows 10 via a virtual machine app called UTM for iOS on an iPhone X with an iOS 13.4 software version.

Other than the iPhone X, an enthusiasts was also able to run Windows 10 x64 on an Xiaomi Mi 6 Android device.