Before the threat of the novel coronavirus (COVID-19) came to light, dengue has already been feared among Filipinos. This disease brought on by the Aedes aegypti type of mosquito is one of the Philippines’ most common problem, so a Filipino team invented a dengue predicting system to lessen this concern.

Meet Project AEDES or Advanced Early Dengue Prediction and Exploration Service, the system which competed against 29,000 participants from 71 countries and brought home the Best Use of Data Award. On the front-line of this success are Frances Claire Tayco, Dominic Vincent D Ligot, Jansen Dumaliang Lopez, and Mark Toledo.

The idea for AEDES started when the Department of Health stated that the country was under a national dengue epidemic last year. Statistics from the World Health Organization (WHO) also unveiled that there were 21,480 confirmed cases and 1,107 deaths from January 1 to August 21, 2019. 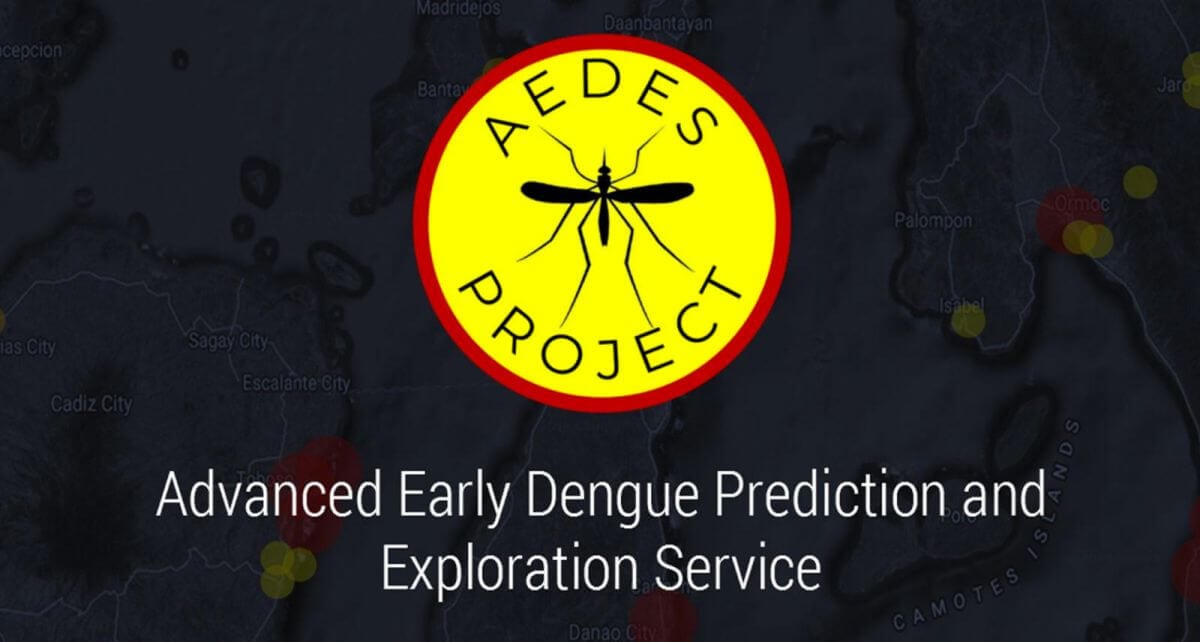 Taking this into consideration, the team of tech enthusiasts searched for a way to monitor this deadly disease which had already won them a recognition from the National Aeronautics and Space Administration (NASA) International Space Apps Challenge.

What you need to know about Project AEDES

To expound how it works, the system corresponds data from the Landsat 8 satellites and Sentinel-2 Copernicus. Along with climate data gathered from the Department of Science and Technology, Philippine Atmospheric, Geophysical and Astronomical Services Administration (DOST-PAGASA), in close coordination with Google Search Trends (i.e ‘dengue’, ‘dengue symptoms’) provided an existing data on dengue cases and deaths—all of these worked hand-in-hand to make such a project possible. It is because of these networks can AEDES track down locations of potential mosquito breeding grounds, which in turn results in a dengue outbreak.

Fortunato T. De la Peña, DOST’s Secretary, applauded the AEDES team for their victorious feat. This isn’t the first time the Philippines has been lauded with an award. Last 2018, team iNON also won the Galactic Impact Award during the 2019 NASA Space Apps Challenge.

Space Apps is a community composed of scientists, engineers, artists, even hackers coordinating with one another to address key issues of the planet. The 2020 NASA Space Apps Challenge is bound to take place on October 2nd to 4th.

What do you think about the genius of our Pinoy team behind Project AEDES? Do you think there are many other young Filipinos out there set to make the Philippines, even the world a better place? Let us know your thoughts using the comment section below.