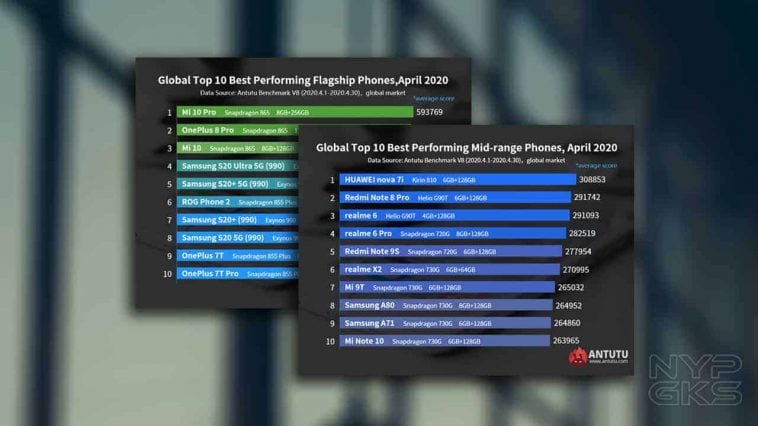 A bunch of new flagships and midrange smartphones just came out in the last few months. But are you curious to know which of them is the most powerful? AnTuTu, a popular benchmark app, has the answer.

So, let’s start with the AnTuTu global top 10 best-performing flagship phones for April 2020.

On the other hand, the AnTuTu top 10 best-performing midrange phones for April 2020 changed dramatically from last month’s list.