The Asus ZenFone C is finally official in the Philippines.

The ZC451CG model that previously launched in Malaysia is the same one that’s bound for the Philippines as well. If you’ll recall, it’s a 4.5-inch smartphone that runs Android 4.4 KitKat with ZenUI modifications. Running under the hood is a 1.2GHz Intel Atom Z2520 processor along with PowerVR graphics. There’s 1GB of RAM on board and 8GB of internal storage. External storage expansion is possible through the microSD slot, and the ZenFone C allows using two SIMS card with its “intelligent dual SIM, dual-active technology.”

Per the company’s earlier teasing, the Asus ZenFone C has a PixelMaster camera that lets users “see what others can’t see.” We’ll need official reviews to either support or refute that claim. The specs look promising though; the main camera comes packing 5 megapixels in resolution and a sensor with f/2.0 aperture. Its low-light mode allows for capturing images at night even without the use of the flash. There’s the HDR mode and a feature-rich ZenUI camera app, to boot. 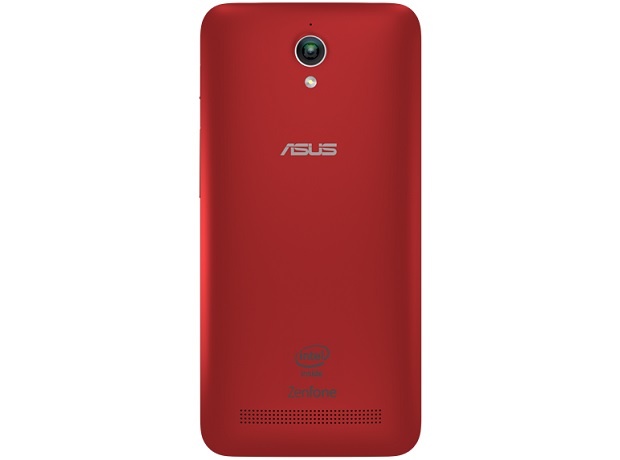 Furthermore, the Asus ZenFone C comes with a 2100mAh battery that lasts up to 29.8 hours of 3G talk time and up to 260 hours on standby.

I know that isn’t the announcement most Asus fans are longing to hear from the company. We’re all clamoring for the ZenFone 2, yes. But for now, the company is still busy launching its cheaper alternative that is called the ZenFone C. How cheap is it, you ask? Starting next week, the ZenFone C is available nationwide for Php4,595.