Samsung is definitely back in the game with their recent smartphone releases. The company is now gearing towards fighting in the low-end and midrange arena, as opposed to previous efforts of offering low value for money hardware.

With the Samsung Galaxy A50, the Korean giant is finally giving Chinese smartphone manufacturers a run for their money. Not only that it’s well-designed with its full-screen display and tiny notch, but it’s also powerful underneath.

The phone has a 6.4-inch AMOLED screen and is equipped with Samsung’s very own Exynos 7885 chipset. Plenty of storage and RAM are also in tow, as it has 128GB and 6GB, respectively. Mix it all up with the company’s popularity and it’s easy to see why the Samsung Galaxy A50 is so in demand right now.

As far as camera goes, it’s also pretty loaded with its 25-megapixel front-facing shooter and 25-megapixel + 8-megapixel sensors on the back. Battery shouldn’t be a problem with it as well as it’s powered by a huge 4,000mAh with a 15W fast charger included. 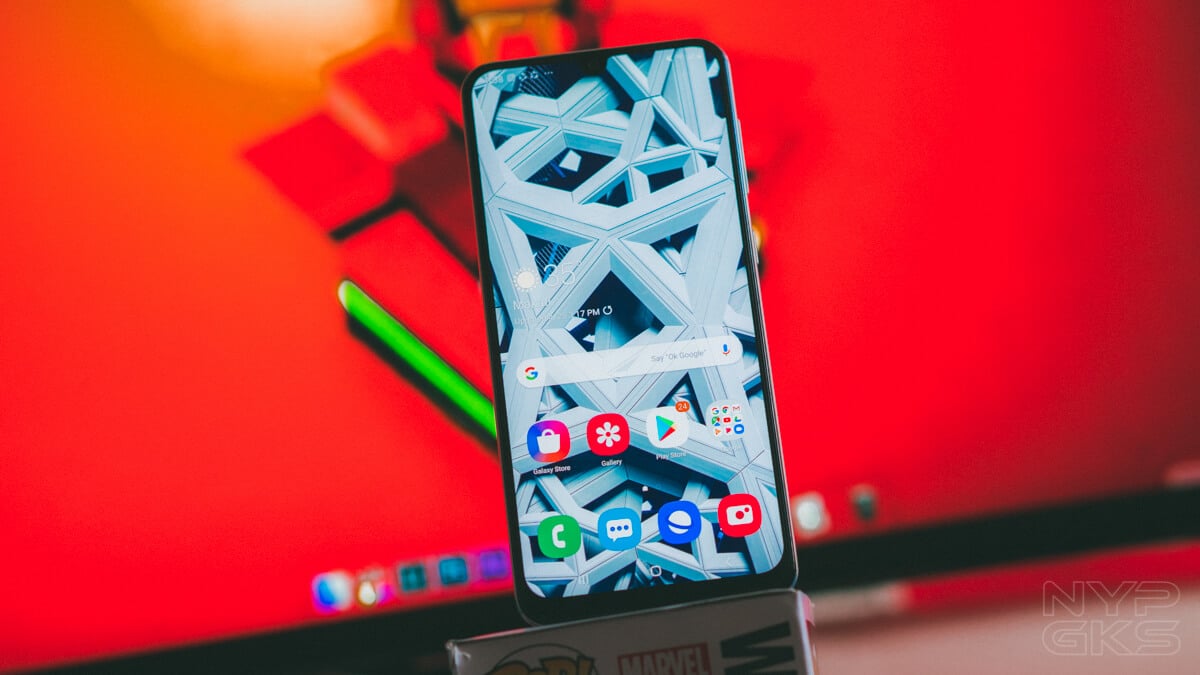 For those who want to buy the Galaxy A50 but doesn’t want to shell out Php17,990 in one fell swoop, there are gadget loan options like Home Credit. After paying the initial Php5,300 downpayment, you’ll be able to get your very own Samsung Galaxy A50, provided that you pass all the necessary requirements. Check out the table below for more information.