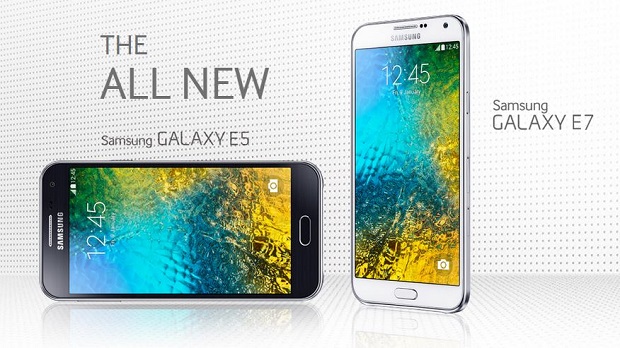 The Samsung Galaxy E5 and Galaxy E7 have similar specs but with a couple of key differences. The smaller E5 is a 5-inch smartphone with an 8-megapixel main camera, 2400mAh battery and 1.5GB RAM. Available colors for the E5 are black, white and brown. On the other hand, the larger Samsung Galaxy E7 offers a 5.5-inch display, 13-megapixel shooter, 2950mAh and 2GB RAM. Buyers can choose between black, white and blue for the E7. Even though Samsung has already announced its plans to trim down its number of smartphone releases, this new handset duo release is still one too many. We’ve already seen the A Series, and the Grand Prime recently arrived on our shores. Be that as it may, Samsung is aiming this new E series to the younger audience that just can’t get enough with the selfie experience.

The Samsung Galaxy E5 and E7 will first debut in India and will probably extend to other markets. Price and plans for Android Lollipop updates are yet to be announced.