January is an exciting month for the local tech scene, as it marks the arrival of octa-core smartphones. First among the bunch is the Starmobile Diamond X1, whose specs have been unveiled little by little. It also got scored in the AnTuTu benchmark, too.

To recap, last month’s teasing of the Starmobile Diamond X1 describes it as a 6-inch phablet with an octa-core processor, which is later confirmed to be the 1.7GHz MediaTek MT6592. Also verified are the amount of RAM (2GB), OS (Android 4.2.2), and cameras (18 and 8-megapixel shooters with back-illuminated sensors).

The good folks from Unbox.ph have also revealed how the Starmobile Diamond X1 fares against the competition. As benchmarked in AnTuTu, its healthy score above 27,000 puts this local device right along with the Samsung Galaxy S4 and HTC One. 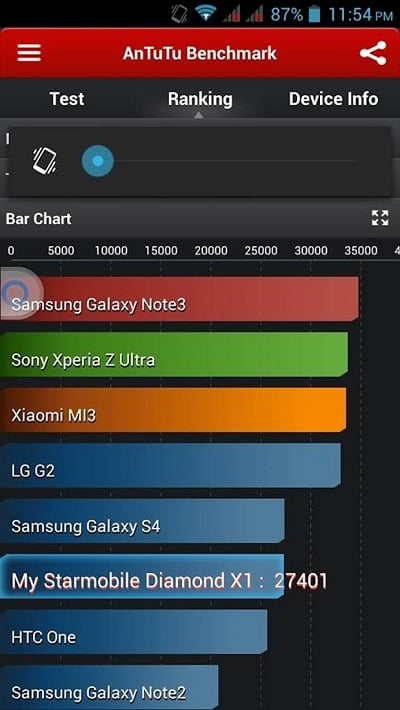 Though it’s still the early half of January, expect to hear more about the Starmobile Diamond X1 soon.