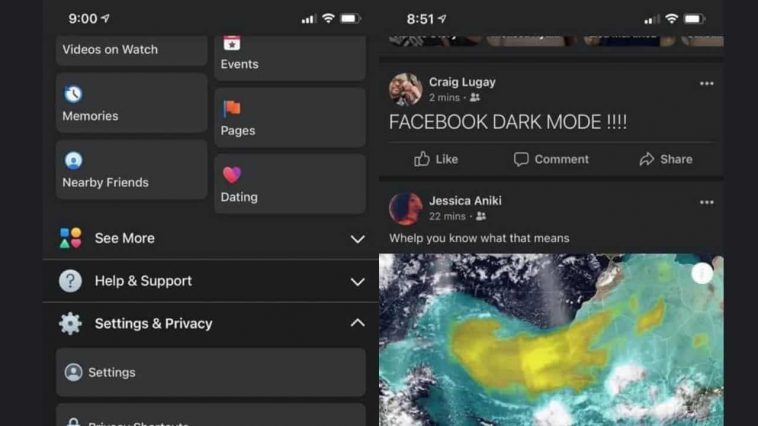 A report by SocialMediaToday claims that the Facebook app is getting the Dark Mode feature, albeit for a “small percentage of global users.”

Dark Mode is essentially the inverse of the default display theme with a mostly dark background and pale white texts.

The mode has gotten traction for its reputation of not causing little to no irritation to the eyes when presented in a dimly-lit environment, such as by being in a dark room.

Another advantage that comes with the Dark Mode is also the belief that it conserves energy by using less energy than the default mode. The idea is especially highlighted on devices that run on AMOLED where black pixel is tantamount to an “off” state. Meaning, the dark areas that appear on the screen are using little to no energy as a result.

The notion of Dark Mode coming to Facebook app has been a topic for discussion for years now. It is about time that the social media platform users see what it promises.