After six months of announcing that it is on process of building a new messaging functionality, screenshots of the said Facebook Messenger unsend button feature spreads the web.

At first, suspicions came up that this unsend button story is just a PR strategy to cover-up Mark Zuckerberg’s questionable move of deleting his messages from his recipient’s inboxes last April. This left users and critics hanging because Facebook hasn’t releases any statement after the announcement, not until now. 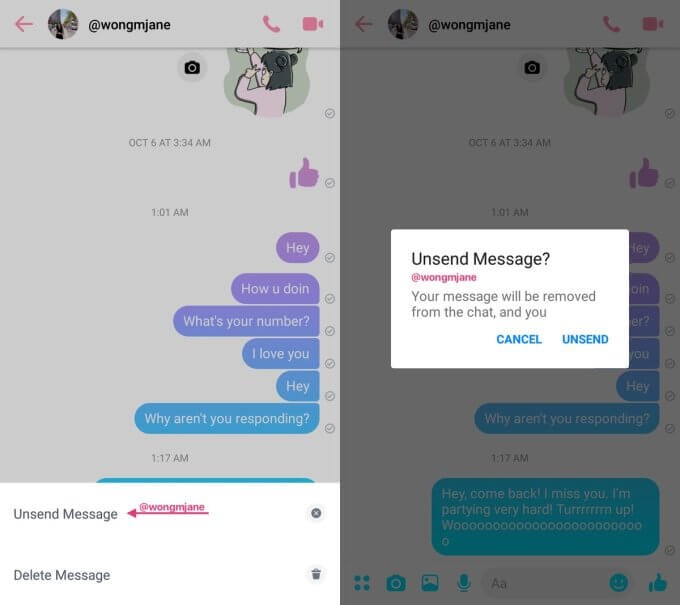 This feature was spotted by Wong in Messenger’s Android code. But the code also indicates that there is a time limit for users to unsend a certain message on the said prototype.

With no official launch yet, critics already shared their views of the pros and cons of the Unsend button feature while users are wondering when it will be ready. Without further information, Facebook spokesperson commented on the prototype issue that they internally tests products and features first to ensure quality of experience before shipping it out to the public.