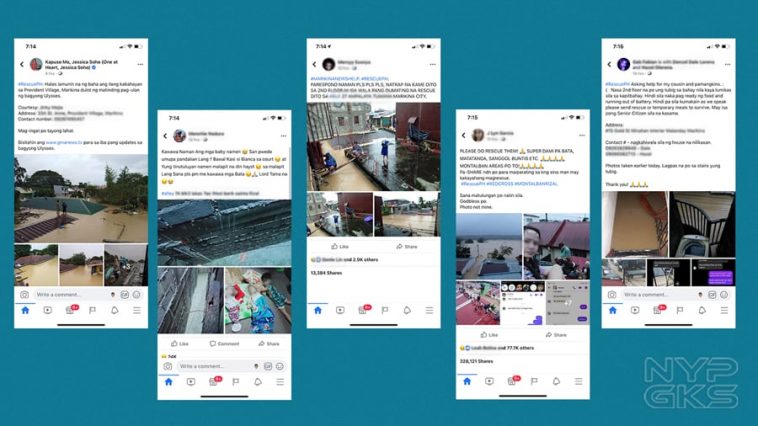 There’s no denying that social media has its pros and cons. However, the recent typhoon Ulysses proved that it’s a really powerful platform for spreading the word out there.

People living in Metro Manila, Central Luzon, Calabarzon, and other parts of the Philippines affected by the Typhoon have resorted to social media, particularly Facebook, to share updates about their situation.

More importantly, affected Filipinos are posting requests for rescue as they are stuck on their roofs after the flood overwhelmed their homes. Most of them accompanied their post with the hashtag #RescuePH, which has become a trending topic on Twitter.

Many posts include people taking pictures of their flooded streets while they are on their roofs, pleading for help and rescue, especially since most of them have children, the elderly, or someone suffering from illness.

The posts also include their full address and landmark so rescuers can get to them as fast as possible.

What’s more interesting here is, Filipino’s “bayanihan” culture was expressed just by simply sharing the post of someone in need, so their situation can be heard by the authorities as fast as possible.

Posting on social media also helps local government units to monitor the situation of their constituents.

Due to the extreme weather conditions, the government — and even essential service providers like power and telco companies — resort to social media to disseminate updates to the people.