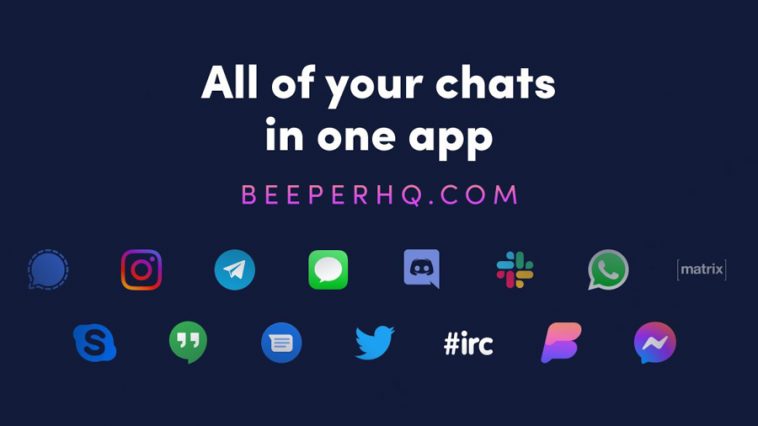 Remember the Pebble smartwatch from years ago? After being sold to Fitbit, its CEO Eric Migicovsky went on and made Beeper, a universal chat app that will attempt to unify 15 different chat platforms into a single app.

Beeper was previously known as NovaChat and required a USD10 (around Php480) monthly subscription fee. Migicovsky made the announcement on Twitter.

But what’s interesting is the integration of Apple iMessage — an app that’s exclusive to Apple devices and one of the main reasons most users stay on the Apple ecosystem.

As per Migicovsky, Beeper will allow iMessage to work on Android, Windows, and Linux. Albeit, he admits that it’s “using some trickery” for it to happen.

Its website explains how it works. Apparently, if you have a Mac that’s always online, you can install the Beeper app for Mac to act as a bridge. Quite similar to what AirMessage does.

But if you don’t have a Mac, there’s still a workaround. As per the company, they will send users a “Jailbroken iPhone with the Beeper app installed” that will act as a bridge. It’s not clear if the cost for the iPhone is part of the USD10 monthly fee.

If Beeper can pull this off, we’re looking at a program that will help unify all our inboxes that can be accessed on Android, Windows, macOS, and Linux.

Beeper is built on the Matric open source messaging protocol. The client app itself is not open source, but the bridges connecting the messaging services are.

As per Migicovsky, he’s been using the Beeper app for two years. Being a startup-like thing, as of now, it’s only available as an invite-only release.