Besides providing the most enticing hardware for the price, Huawei also commits on delivering timely updates to their devices — including the midrange ones like the Huawei Nova 2 Lite.

Huawei Pakistan’s Twitter page initially said that the update is now ready for the Huawei Nova 2i / Mate 10 Lite. However, the statement was then instantly retracted. Apparently, someone from their team got a little too excited and jumped the gun in the announcement.

The company released an apology and stated that the Huawei Nova 2i Android 8.0 Oreo and EMUI 8.0 update will start rolling out on April 30 onwards. And due to regional differences and other complications, you can expect the update to come to your country a few days, weeks, or even months after. 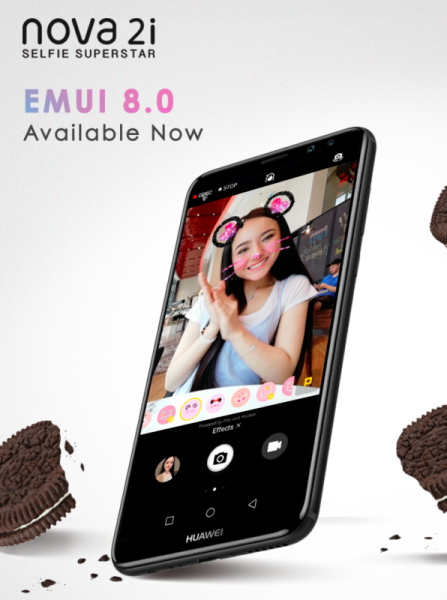 With this new software update, you can expect your device’s interface to look and feel like Huawei’s other EMUI 8.0-equipped smartphones — even the high-end ones like the P20 series and the Mate 10 (read our review).

Android Oreo is said to be more power efficient, clean, and overall a more refined version of Android. On the other hand, the EMUI 8.0 will make the interface feel more intuitive, easy to use, and will provide new features that can increase productivity.

To check if the update is now available on your Huawei Nova 2i / Huawei Mate 10 Lite, you can head on to the settings menu and go to the software update tab. The device might also prompt you via a notification if an update is already up for download.