Last year, Intel impressed the entire industry when they launched their new Core i9 desktop processors. Now, the company is set to break boundaries as they announce the new Intel Core i9 for laptops and notebooks.

With that said, laptops who are equipped with this processor can provide seamless gaming and video editing performance. Those who love to play triple-A game titles in high-resolution and ultra-fast frame rates would also love this chipset.

And with its good 4K handling, creatives who use Adobe apps and other demanding software would really appreciate the power this thing will provide on laptops. Leading the pack is the top-of-the-line Intel Core i9-8950HK. It is the very first mobile processor to sport a six-core processor with 12 threads. It can also turbo-clock it to boost up to 4.8GHz.

Other than the Core i9, Intel has also announced Core i5 and i7 variants to join the lineup. They share the same 14nm++ architecture and are also powerful in their own right. 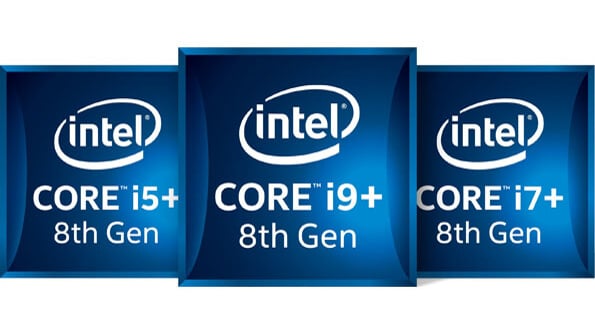 Together with the new processors, Intel also announced that the new 8th-generation processors will support their ultra-fast Optane memory.

To let the people know that you are rocking the new Intel processor and Optane memory, Intel has designed new Core i5+, i7+, and i9+ laptop badges.