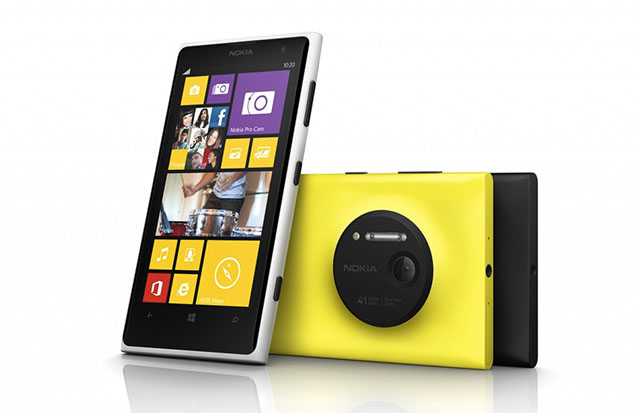 The leaks had been getting increasingly promising in the past few weeks leading up to the Nokia Lumia 1020’s official announcement, but now it’s finally here. This is what the original Nokia PureView 808 should have been at the time, but now we have a proper camera-centric flagship from the Finnish phone maker – one that runs on Windows Phone 8 rather than the zombie OS that is Symbian.

Well, it’s better late than never and consumers now have a really good reason to get a Windows Phone over any other platform.

The 41 Megapixel Camera: It’s More than Just a Number

The new Nokia Lumia 1020’s most obvious claim to fame is the monster of a 41MP camera with built-in flash and mechanical shutter. Typical smartphone camera sensors are small because they are designed to fit inside increasingly smaller and sleeker cases, whereas the Lumia 1020’s 41-megapixel sensor is so impressively huge that it makes a huge hump on the back of the phone. Naturally, 41MP photos would take up a gargantuan amount of space when it’s saved, but the Lumia 1020 uses the same technique as the original PureView 808 called oversampling. The end result is a 5-megapixel image where each pixel is made up of information from several different pixels from the original 41MP image. That way, you’re getting an image that has much more detail and much less noise than you would get from a typical smartphone camera sensor.

5-megapixels is more than enough for most people’s uses, especially if all you’re going to do is post it to a social network. But if for some reason, you want the gargantuan images from the original shots, you can still access them by enabling an option with your Nokia Lumia 1020 to save the original high-res image, which you can then access by syncing to a PC.

The Nokia Lumia 1020 is more than just a 41mp camera. It’s also a competitively specced WP8 smartphone. It sports a 4.5 inch AMOLED Puremotion display, 1.5GHz dual core Snapdragon S4 processor, 32Gb of non-expandable storage, a dinky little 1.2mp front-facing camera, and the usual slew of wireless connectivity options all the way up to 4G LTE, giving you the best that the Windows Phone 8 platform has to offer.

It is the only WP8 handset that clearly offers anything different from the Android and iPhone competition. The only one that comes close is the Samsung Galaxy S4 Zoom, and while it does have a great 16-megapixel BSI sensor with 10x optical zoom, it just can’t compare in terms of the sheer amount of detail it can capture. The Lumia doesn’t even need optical zoom. Just using a small portion of the sensor, or digital zoom as it’s called, would be enough and you would still end up with a great zoomed in image with negligible loss of detail.

There is great potential for the Nokia Lumia 1020 to be a huge hit, but there’s also a good change this might just end up becoming a small niche product. Only time will tell just how successful it will be, and while WP8’s global market share barely hovers around the 5% mark, it’s still the perfect phone to challenge the best from iOS and Android. No news yet on pricing and availability in the Philippines, but when it does get here, would you get the Nokia Lumia 1020 over anything else in the market?