Before the official announcement of the new OPPO F9 series, two official posters have been posted online.

The OPPO F9 posters revealed key features of the upcoming smartphones, specifically the rear-mounted fingerprint scanner, new color options, and dual-camera configuration. The back panel has a diamond pattern which looks similar to the OPPO F7 Diamond Black edition, but this time it will come in Twilight Blue and Sunrise Red colors.

There’s no mention yet regarding the pixel count of the sensors, but it’s sitting next to each other horizontally together with an LED flash. Design-wise, OPPO has decided to stick with slightly rounded corners. When it comes to the notch, it’s a little different than usual as it’s more reminiscent of the infamous Essential Phone. 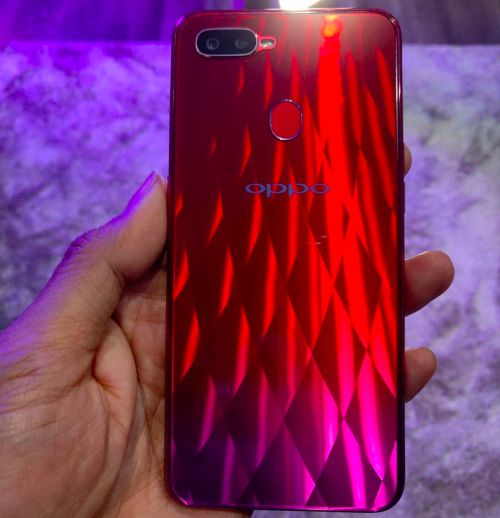 OPPO F9 and F9 Pro are equipped with a full-screen display and the company calls it a waterdrop screen for some reason. We haven’t figured out what that means as of the moment, but we’ll surely hear more about it in the coming days along with the complete specs.