Realme has a brand new smartphone up its sleeves — the new Realme 3i.

In a teaser posted by the company on their Twitter and Flipkart pages, the Realme 3i will be powered by a MediaTek Helio P60 processor. The same chipset found on the Realme 3.

The Realme 3 Pro will also come with a generous 4,230mAh battery. As per the design, the smartphone will come with a diamond-cut design that’s identical to the Realme C2. It’s then available in Blue and a color-gradient red-blue tone.

You can also notice the fingerprint scanner on the back. While on the front, we have a waterdrop notch in an unnamed display spec. If we were to speculate, it may be at around 6.2-inch with an HD+ resolution, or possibly an FHD+ one to separate itself from the vanilla Realme 3 model. 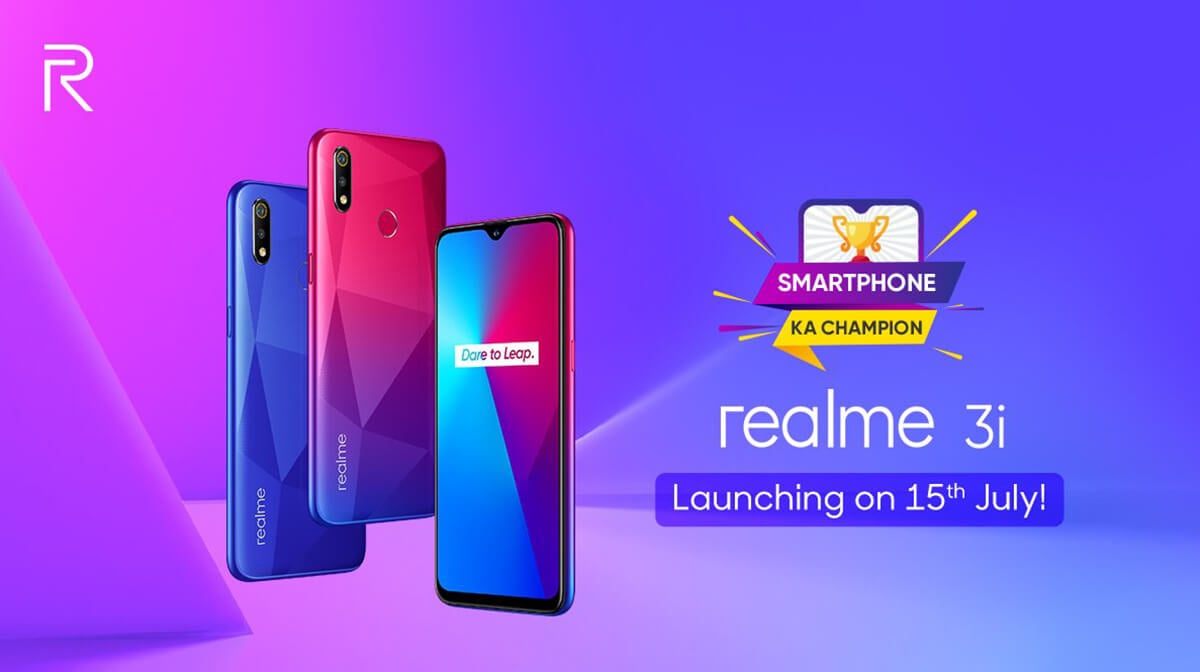 The rest of the specs and features are yet to be announced. But if we take a look at Realme’s current releases, it will most likely come with Android 9 Pie OS with ColorOS 6.0 interface, at least a 13-megapixel primary camera, and an extra depth sensor.

We shall uncover its full specs list once it becomes official.

Speaking of which, the Realme 3i will launch in India on July 15, 2019. It’s also expected to launch alongside the company’s first pop-up camera smartphone, the Realme X.