The Realme XT had a media-exclusive pre-launch event in China. Thus revealing its official design and key specs.

The upcoming Realme XT has a lot of similarities to the Realme 5 Pro. In fact, the only main difference here is the inclusion of the 64-megapixel GW1 camera sensor from Samsung. This device, together with the upcoming Xiaomi Redmi Note 8 Pro, is the first ones to have it.

The quad-camera setup is then completed by an 8-megapixel ultra-wide lens, and two 2-megapixel sensors with macro and depth-sensing capabilities, respectively.

To set the Realme XT apart from the Realme 5 Pro, this one appears to have a cleaner look on the back. The device pictured looks like the white variant, with hints of magenta as it reacts to light. It’s also available in blue, minus the geometric designs that the Realme 5 series have.

Meanwhile, there’s a 6.4-inch AMOLED screen with a waterdrop notch on top. There’s no sign of a physical fingerprint scanner anywhere, so it will most likely have an in-display one. 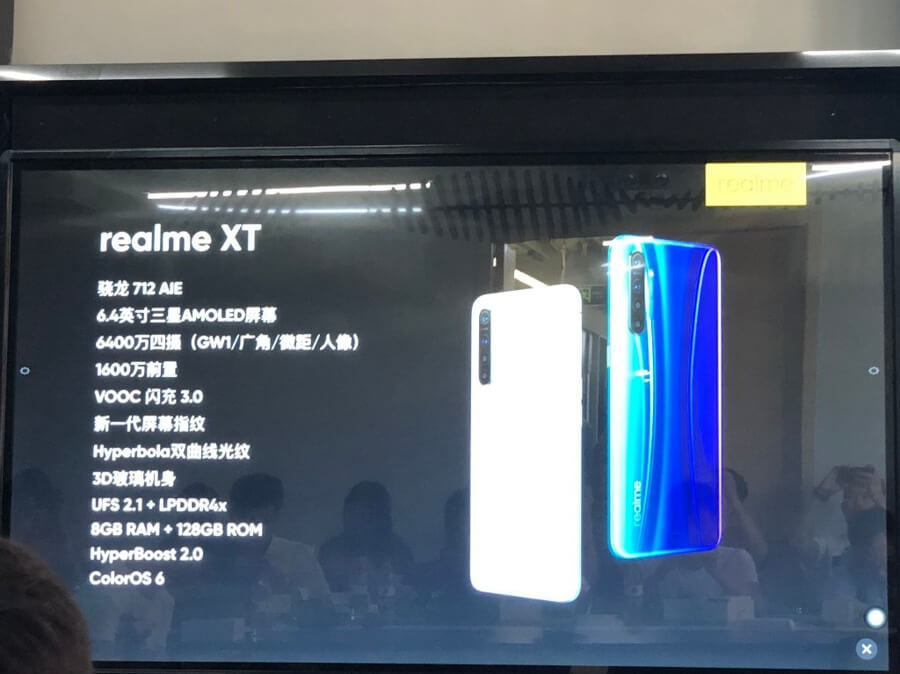 With almost all of the details now out on the table, let’s just wait and see when will Realme actually release this thing and how much they’re going to price it.