People’s reaction with the Vivo’s pop-up camera on the NEX S was a bit of a mixed bag. However, it looks like the company is not giving up on this technology yet.

The company has sent out invites on an event happening in India on February 20, which will be the stage for a brand new smartphone release that’s rumored to be the Vivo V15 Pro. 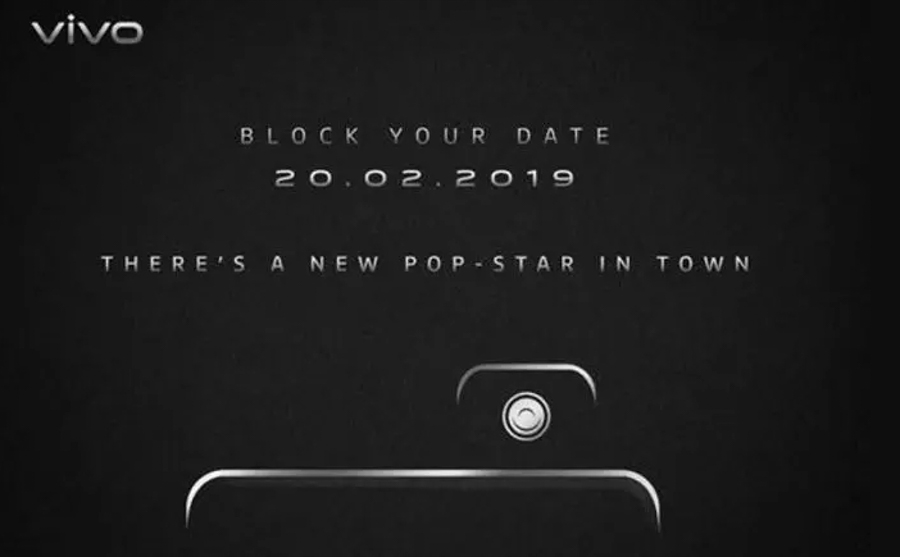 There’s a silhouette of the device drawn on the invite, which gives an obvious hint that the device will have a pop-up front-facing camera. Vivo even included a punny tagline that says “There’s a new pop-star in town”.

This confirms the design that a leaked protective case revealed.  The clear case has a tall vertical cut out on the far left, a placing that’s identical to the Samsung Galaxy A7 2018 which means that we’ll have at least two (or even more) rear cameras on this thing.

On the top of the actual rear camera cutout is another one, which could possibly the hole for the pop-up cameras. Other than that, there are little-known facts about this device.

However, this latest development makes us more certain that Vivo might actually use the pop-up mechanism to their APEX 2019 concept smartphone. The company revealed a lot of interesting features about this device — including its all-screen fingerprint scanner — but never mentioned any details about how they are going to put a front-facing camera on the device.

We’ll learn more about these devices this February. As stated earlier, Vivo is expected to reveal the Vivo V15 Pro in the 20th, while the APEX 2019 will make an appearance on MWC 2019 later that month.