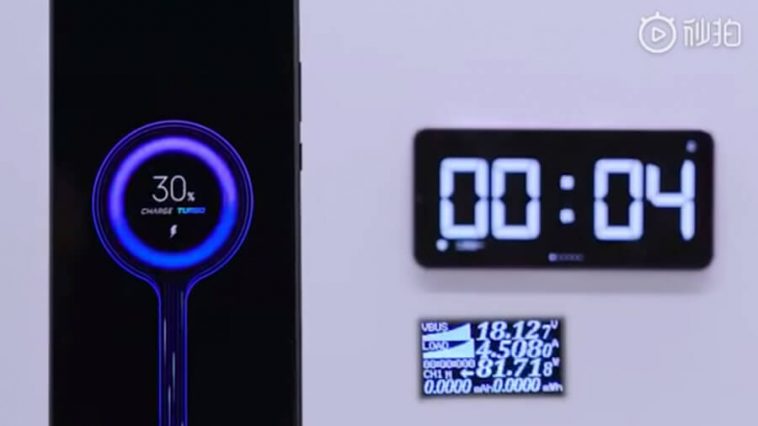 Battery performance is still one of the things that smartphone manufacturers are trying to improve in their products. While we yet to see a device that could last for a week or more, technologies like the new Xiaomi 100W Super Charge Turbo aims to at least make charging time shorter.

Yup, you’ve heard it right, the Xiaomi 100W Super Charge Turbo can really deliver that much power. For a perspective, the current title holder is OPPO’s SuperVOOC technology, which outputs 50W of power that can fully charge the R17 Pro’s 3,700mAh battery at around 30 minutes. Xiaomi posted a test video, where they compared their Super Charge Turbo technology on an unidentified smartphone to the SuperVOOC technology of the R17 Pro.

Xiaomi’s latest feature was able to fill up the test device back to 100% in just 17 minutes. Meanwhile, the R17 Pro only reached 65% at around that minute. The interesting part is, the Xiaomi device had a bigger 4,000mAh battery.

This is clearly a big leap to all the fast-charging technologies that we know so far. For one, there’s the 55W charging feature that is slated to arrive in the Huawei Mate X. It’s also a step up to Xiaomi’s own charging technologies, with their current flagship, the Mi 9, only has a 27W wired charging support.

Xiaomi didn’t mention what device will be first getting their latest 100W charging technology. But considering that the video was posted by Lin Bin, the Xiaomi executive that’s currently manning Redmi, this technology might first land on a device from the company’s sub-brand.