The Xiaomi Mi 8 is already ripe for an upgrade. Its upcoming predecessor, the Mi 9, have been running around the rumor mill in the last couple of months. And now, Xiaomi has finally put out official information about this device.

Lei Jun, company’s co-founder, pos ted a teaser of the Xiaomi Mi 9 on Weibo, a Chinese social media network. The post reveals the device’s release date and its one key feature. 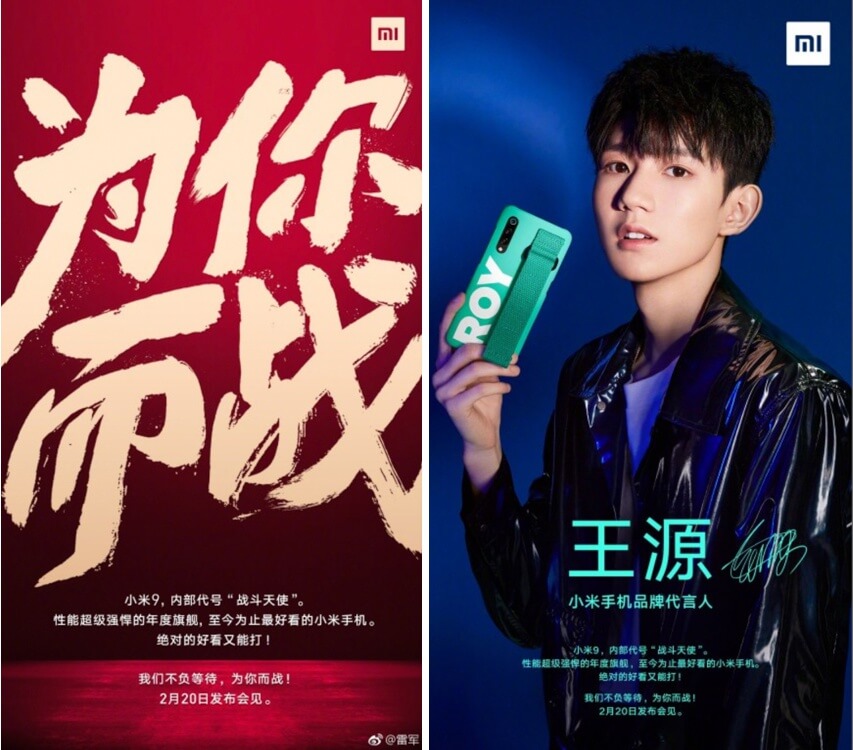 For starters, the teaser reveals the Mi 9’s release date, which will happen on February 20. That’s the same day that Samsung is releasing their flagship Galaxy S10 series.

The teaser also reveals the Mi 9’s brand ambassador, Roy Wang of TFBoys, a popular boy band in China. Wang is holding the device, which is trapped in a protective case with his name on it.

While the case restricts its back panel design, it did confirm its triple camera setup on the back. As per the previous leaks, the trifecta might consist of a 48-megapixel primary camera, and possibly a 3D ToF depth sensor.

It’s also expected to have a large 6.4-inch FHD+ Super AMOLED screen with an in-display fingerprint scanner like what the Mi 8 Pro has.

As for the internals, it’s highly plausible that it will be powered by the current Snapdragon 855 flagship processor, with at least 8GB of RAM and 256GB of storage. Xiaomi might also include Qualcomm’s X50 5G modem.

We’ll shed some light in all these rumors and speculations once the device become official on February 20.