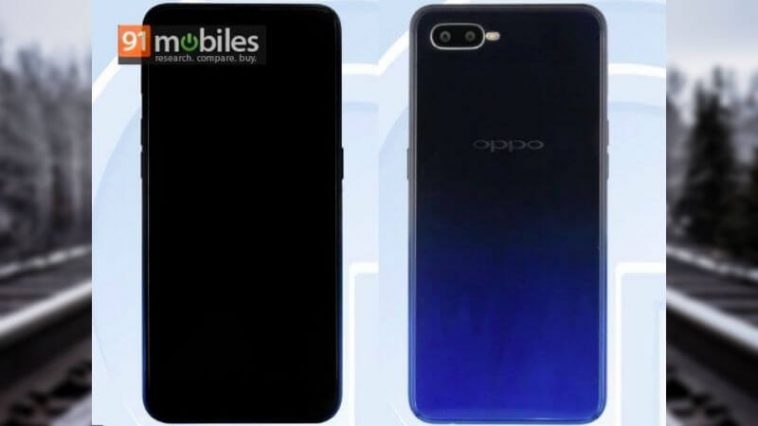 The successor of the OPPO R15 is slowly gaining attention.

Several days ago at a media event in China, the company has revealed that the OPPO R17 is indeed the next iteration of its flagship R-series. Along with the image, the source also noted that the phone could feature a whopping 10GB of RAM.

Now, the rumors are becoming clearer as a leaked document from TENAA has finally confirmed the existence of the OPPO R17. In addition, it also gave us our first look at the upcoming device which comes in a funky blue color and a dual-camera configuration on the back. What can we take away from this early preview? First, it looks like the fingerprint scanner is nowhere to be found on the rear panel. Next, the front is also clean which is a clear indication of a high screen-to-body ratio. Whether that’s a fully stretched out display without a notch, we really can’t say yet. Lastly, it’s dual-color color shifting gradient looks reminiscent of the OPPO Find X.

In terms of hardware, the TENAA listing has uncovered that the OPPO R17 will be having a 6.3-inch display and 3,415mAh of battery capacity. Two models dubbed as PBCT00 and PBCM00 are spotted, so it’s very likely that it’s the standard and Pro variants.