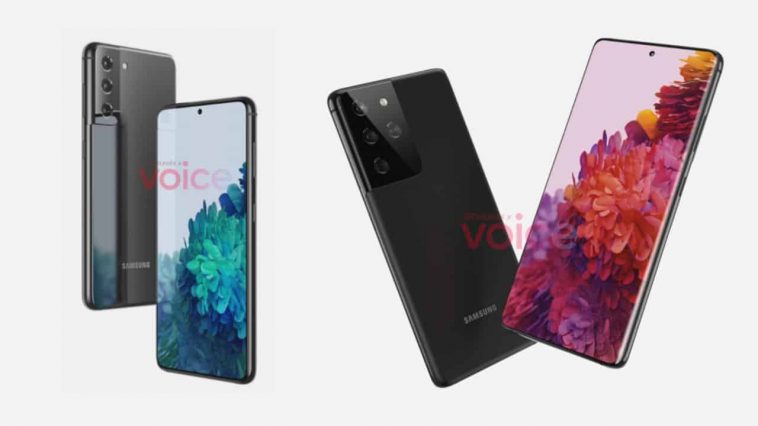 Now that we have the Galaxy Note 20 series, the leaks and rumors surrounding Samsung’s next flagship, the Galaxy S21 series, are starting to come out.

The next Samsung flagship line is expected to arrive in January, about a month earlier when the Galaxy S20 series came out in February last year. That rumored release date was backed by @onleaks, which also provided us these renders for the Samsung Galaxy S21 and S21 Ultra.

Onleaks were pretty spot-on in their previous leaks. So chances are, what we’re seeing here is pretty accurate.

As you can see, both the Galaxy S21 and S21 Ultra has a redesigned camera bump, which is one of the key distinctions in smartphone designs today. The bump is now bigger and wraps around the sides.

However, the look on the front is pretty much similar. The vanilla Galaxy S21 has a 6.2-inch screen with flat edges. On the other hand, the Galaxy S21 Ultra is a bit curvier at around 6.7 to 6.9 inches. Both models will also have a punch-hole in the middle for the single selfie camera.

For those who are still hoping for headphone jacks to make a comeback, maybe it’s best to move on. The Galaxy S21 series will only have the loudspeaker, USB Type-C, and the primary microphone at the bottom.

These are just the initial leaks for the Galaxy S21 series, and we expect to have more in the coming weeks and months leading to its official release.