Xiaomi, which will launch its premium gaming smartphone  — the Xiaomi Black Shark 2 — on March 18, has just opened pre-registration for the upcoming smartphone on the Mi Store, Black Shark website, and JD.com. With this, people can now sign up to be updated about the pre-order details of the handset.

Upon visiting the pre-order page, it can be seen that there is a “Buy” button, which doesn’t function at this point. It is also visible that the phone is priced for CNY9,999 (~Php79,000). But it is pretty obvious that the price tag is just a placeholder, as Xiaomi won’t surely be selling their gaming smartphone for the said price. 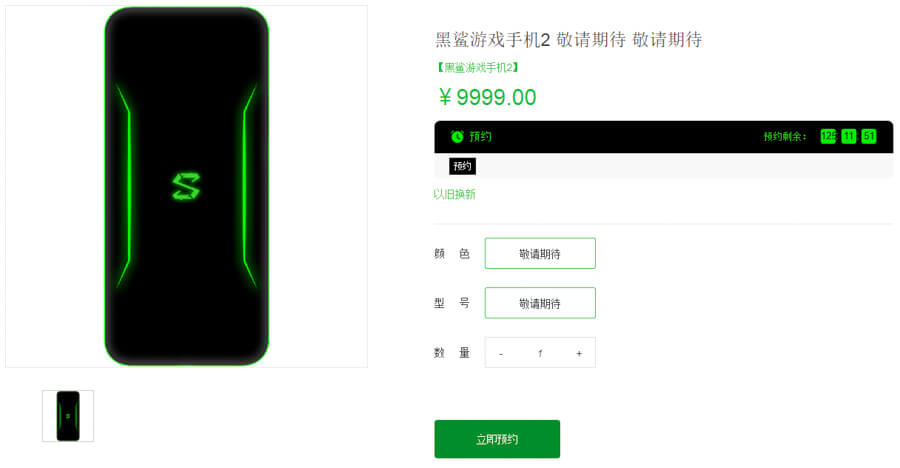 The company revealed another teaser regarding the Xiaomi Black Shark 2, which would be powered by a Qualcomm Snapdragon 855 and feature a generous 12GB RAM, confirming the leaks on GeekBench.

The images show the back panel with curved design and LED strips that glow, making it perfect if you want to see your notifications even if you always put your phone down, or just simply want an extra flare to show off your phone. The Black Shark 2 will mark its launch in China, but rumor has it that it will be available in India as well. Let’s see just wait and see if it will be released in the Philippines.