It appears that Xiaomi is preparing a new Black Shark smartphone that’s more apt for 2019.

A device dubbed as the Xiaomi Black Shark Skywalker has been spotted on GeekBench. And as per the listing, it boasts the latest Qualcomm Snapdragon 855 processor.

That’s a more dated and powerful chipset than the recently announced Black Shark Helo, which still runs on Snapdragon 845, like what its predecessor came out with. 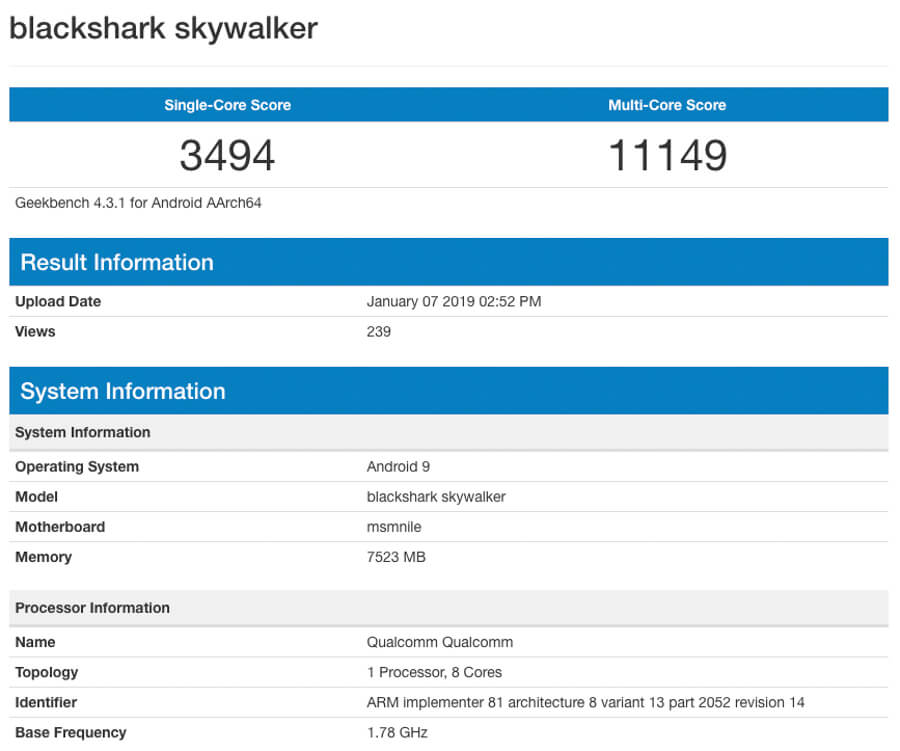 The revealed specs continue with the Android 9 Pie software that it will come with. Plus an 8GB RAM that the processor will be bundled with.

Since we’re here, let’s talk about the score it got. The rumored device had a single-core score of 3,494, with 11,149 on the multi-core department. This is the first time that an Android smartphone surpassed the 10,000 score mark.

For those who are more familiar with AnTuTu’s scoring methods, we don’t have the scores for that benchmark yet. However, to give you an idea, the Sony Xperia XZ4, which also rumored to come with the same Snapdragon 855 processor, garnered a score of 395,721.

If Xiaomi decides to release this device in the next few months, we expect the changes to be more felt on the inside rather than on the inside.

Besides the performance, the Xiaomi Black Shark Skywalker might have better cameras, battery performance, and even 5G connectivity. However, since a separate modem is needed to enable 5G on the Snapdragon 855, we expect the Skywalker to also come in a 4G-only model for pricing flexibility.