Great news to all Baguio tourists and residents. PLDT-Smart together with the local government of Baguio City recently signed an agreement on the expansion of Smart WiFi coverage in the city.

The expansion is likewise timely as the company is continuously expanding its PLDT Home’s fiber services and Smart’s LTE network in Baguio. 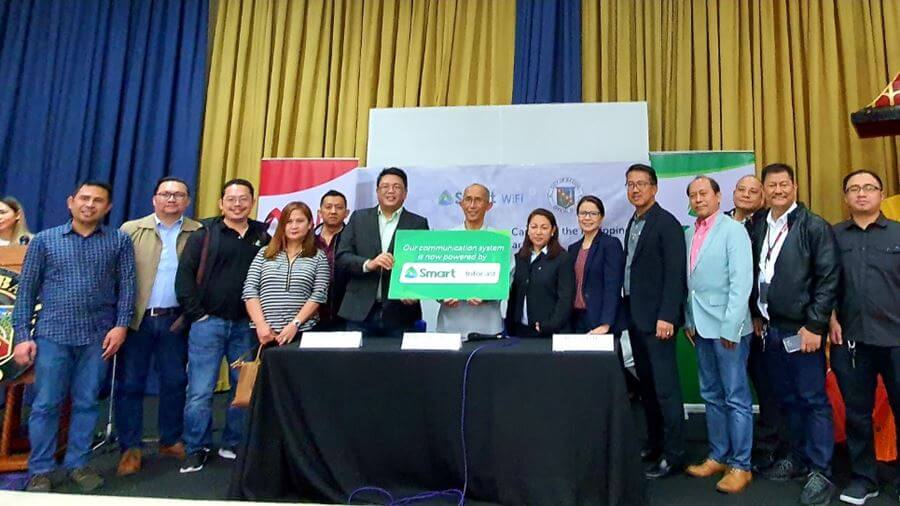 According to the City Planning and Development Office, the Philippines’ summer capital has around 1.8 million tourists every year. Majority of them are local travelers who want to experience the cool weather and see the tourist places. In addition, there are 345,000 residents in Baguio. Many of them are internet users in which a fast LTE or Wi-fi service is essential.

In the same event, Smart also turned over Smart Infocast, a web-based solution. The said program will allow Baguio City LGU to send important announcements to its employees through text. The LGU may also use it as as a feedback tool for Baguio citizens.

This latest partnership with Baguio City is the newest Smart-Wifi expansion project. In the past, the company has also covered cities across the country such as Manila, Lapu-Lapu, Iloilo, among others.