The flagship Windows 10 smartphone of HP in partnership with Microsoft aims to be the all-in-one device that you need. Aside from being a phone, it can also be transformed into a productivity machine by attaching an external keyboard, mouse, and screen. How? By using Continuum – which gives it powers to turn into a mini PC. Unfortunately, it won’t be able to run legacy desktop software because it’s limited by the hardware.

The HP Elite X3 has powerful internals starting with a 5.96-inch Quad HD AMOLED display with Gorilla Glass 4 protection. It equates to a stellar 493 pixels-per-inch. It’s being run by Qualcomm Snapdragon 820 chipset together with 4GB of RAM and 64GB of internal storage which is expandable via microSD. 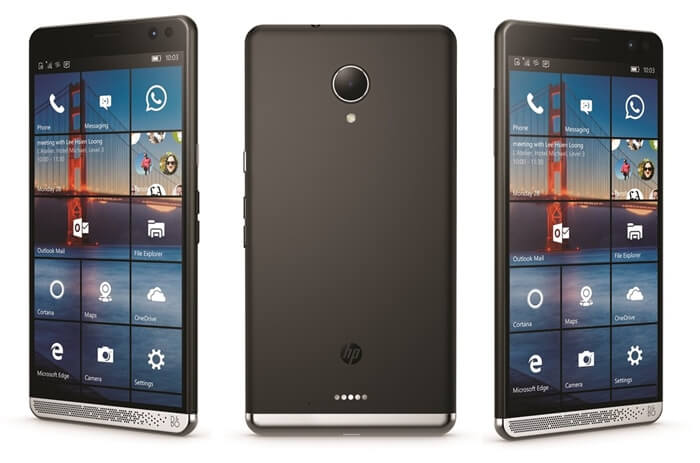 The exact pricing and availability of the HP Elite X3 are yet to be announced. We’ll update this article immediately once we get the information.