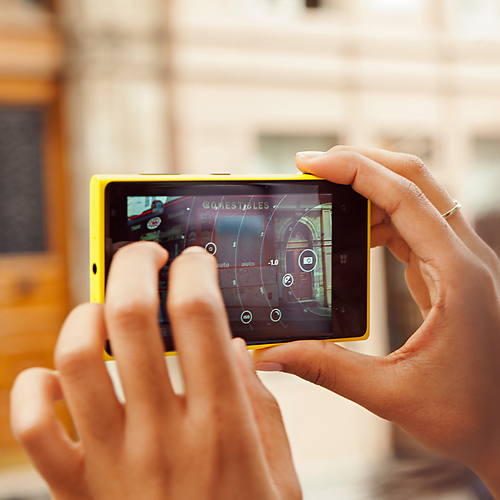 Nokia hasn’t been shy about touting the imaging prowess of their Lumia 1020 and its 41mp sensor, but how does it stack up against a mainstream DSLR? Well, Nokia had set up a small lab at an official unveiling where members of the media could test the camera’s performance. It turns out that one of them decided to compare the performance of the Nokia Lumia 1020 versus his Canon 60D. The results were certainly surprising.

At the photo lab setup, two shots were taken of a resolution chart at the same distance, obviously with one using the Lumia 1020 and the other with the Canon 60D. Because of some software issues, Nokia wouldn’t allow them to copy the actual samples, so all they could do was just base the results on the images from the Lumia 1020’s screen.

Despite that little handicap, it appears that the Lumia 1020 was able to capture significantly more detail than the Canon 60D. In the image that was captured from the Canon 60D, the resolution lines start to converge at the 12-13 mark. However, the Nokia Lumia 1020’s shot has the resolution lines starting to converge at the 16 mark.

This shouldn’t come as a surprise as the Lumia 1020 sports a 41mp sensor whereas the Canon 60D only has an 18mp sensor. Keep in mind though that this isn’t a direct measure of image quality, but a measure of detail. Still, it’s pretty mind-blowing since this is a smartphone that we’re comparing to a DSLR.