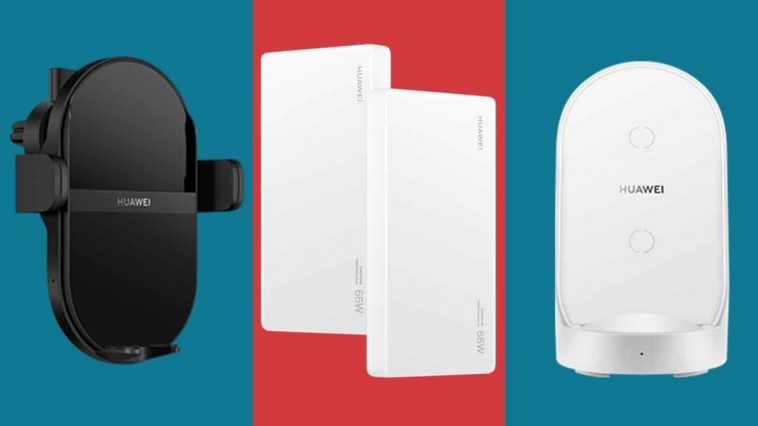 Huawei has introduced a couple of new chargers that sports incredible speeds.

As you know, one of the main highlights of the Mate 40 Pro, 40 Pro Plus, and Porsche Design Mate 40 RS are their incredibly-fast charging support. To go along with them, the company is also introducing the Huawei 66W 12,000mAh power bank for those who are always on the go.

The fast-charging powerbank can deliver and receive 66W of power, so you can charge devices and the power bank itself at crazy speeds. To achieve this, Huawei split the battery into three 4,020mAh modules. Full-charging this power bank will only take 1.8 hours.

It’s a two-way USB Type-C port, which means it can also act as a 66W output. There’s another standard USB Type-A output that also supports 66W. Not only for the Mate 40 Pro models, but you can also use it on a MateBook, MacBook, and other USB-C charging laptops.

The Huawei 66W power bank comes with 12-layer protection and an anodized aluminum alloy body to keep everything safe.

There are also LED lights that show battery status and if it’s in SuperCharge mode. It’s only available in White, unlike their 40W SuperCharge powerbank, which had a Blue color option.

Another key feature of the Mate 40 Pro series is its 50W wireless charging support. Hence, they also introduced the Huawei 50W SuperCharge Wireless Charger Stand. This thing has a standing design, where you can place your smartphone or tablet horizontally or vertically.

It also has a dual coil design so it can still recognize your phone whatever orientation you’re in.

To keep it cool at high charging speeds, it comes with noise-free fans with dynamic speeds that adjust during the day or night, so it’s quiet when you’re sleeping.

For those who are on the go, the company also launched the Huawei 50W SuperCharge Wireless car charger. It features dual smart sensors that make mounting and retrieval more convenient when you’re driving.

The built-in proximity sensors will automatically open and close the arms. It also has a secure hook design that keeps your device safe on bumpy roads. It even has power storage so it can still charge your phone by about 30 minutes even after your car stalls.

To keep it cool while charging at high speeds, the Huawei 50W wireless car charger comes with a 3D air cooling system with its own cooling fan.

The pricing and availability for the Huawei 66W 12,000mAh power bank and Huawei 50W Wireless stand and car charger are yet to be announced.