Almost a year ago, Cherry Mobile graced us with the first Flare XL — the biggest Flare device ever. For only Php4,999, that monster of a device delivered a 5.5-inch display, an octa-core processor, and a baller set of cameras. It was then the definition of a budget phablet that reigned the local market.

And now, Cherry Mobile is back at it again with the Flare XL 2.0, a device that is full of six-s. We now have a 6-inch display, the latest Android 6.0 Marshmallow, a 16-megapixel camera and even a 64-bit processor — all for an asking price of only Php5,999.

So, will the Flare XL 2.0 appeal to the phablet fans? Let’s figure that out.

Cherry Mobile has been sticking with the same design language on their recent Android devices. The Flare S4 Plus and the Flare Selfie, which we have reviewed before, both had a well-dressed metal sides, and a subtle plastic back. That combination was a good route, which made the devices gain a premium feel, without breaking the bank. 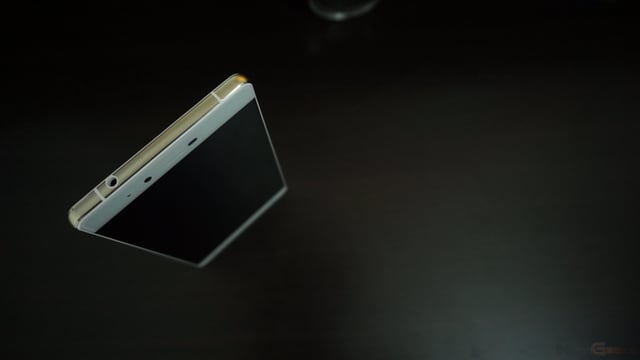 And of course, we’re seeing the same combo on the XL 2.0. The metal sides has a subtle chamfered edges; the back is also made from plastic, but with a weird rubbery texture, which I really like as it gives extra grip when holding the device. However, I noticed that the back panel is prone to dirt marks and smudges.

The Cherry Mobile Flare XL 2.0 is also incredibly thin, but it’s actually really not that impossible to achieve. Cherry Mobile was able to literally stretch everything thanks to its tall dimension. Conversely, despite its thinness, the Flare XL 2.0 is heavily built. It’s doesn’t weight a ton, but the heft is pretty noticeable. Plus, with its large 6-inch display, holding this for hours or carrying it around is really tiring, as it would literally have a big bulge in your pocket. But nonetheless, Phablets are really not for users whose top priority on a smartphone is its portability. Instead, these are for people whose main concern is usability and function.

Taking a tour we have the said 6-inch IPS display in front, together with the 8-megapixel front-facing camera, earpiece, capacitive buttons, light and a pretty large proximity sensor for its gesture-sensing feature. 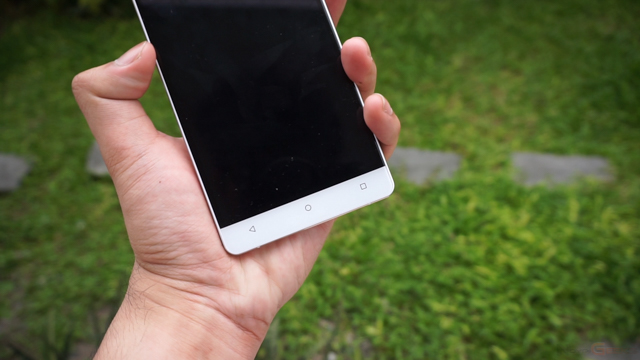 The left side has the Micro SD/SIM slots. You can go with either one SIM + one microSD, or two SIMs. 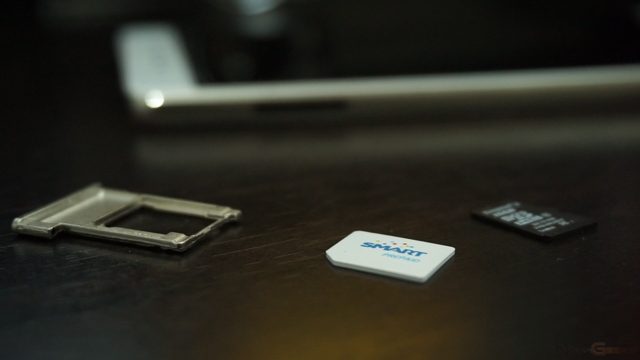 The right side has the volume controls and lock/power switch. These buttons aren’t the most tactile of them all; probably because of they are really thin and doesn’t protrude enough. But don’t fret, they are made with good quality and it doesn’t feel flimsy. 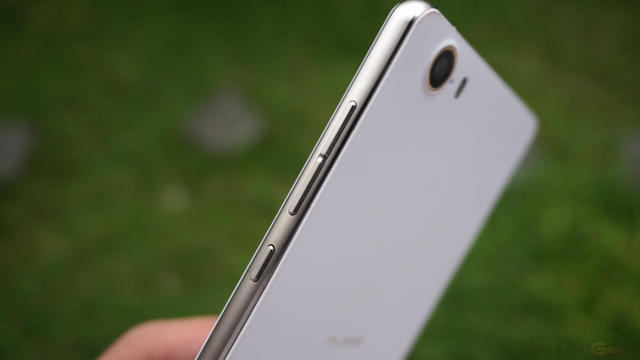 The top only has the 3.5mm headphone jack and two antenna bands that also gives a good design accent, and continues at the bottom of the device, together with the microUSB port, a built-in speaker, and a loudspeaker. 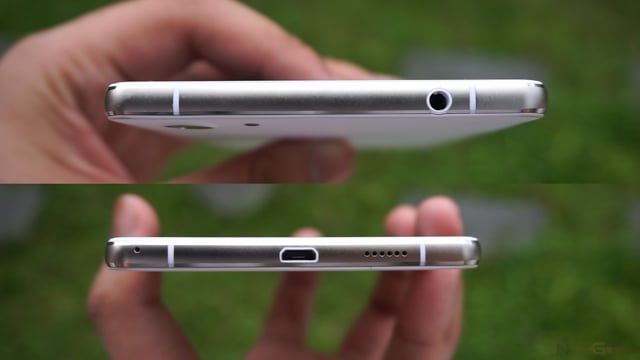 The back has the second microphone for noise-cancellation, and the slightly protruded 16-megapixel primary camera with LED flash. I would really love to show you what’s behind the back panel, but I cannot; because another bummer about the Flare XL 2.0 is its non-removable back panel. Which means there’s no way you can replace the 2500mAh battery that’s behind it.

The Cherry Mobile Flare XL 2.0 brags a 6-inch IPS HD display, which has a 720 x 1280 resolution and 245 pixels-per-inch. 720p panel is now a standard to budget smartphone, and that is pretty much okay; but having it on a large 6-inch display is pushing it a little.

With that said, sharpness is a bit disappointing on this thing. A 720p resolution is forgivable to at least 5.5-inch and below, but on a larger screen like this, it’s quite uneasy to use. Individual pixels are now more visible, which makes everything less detailed. 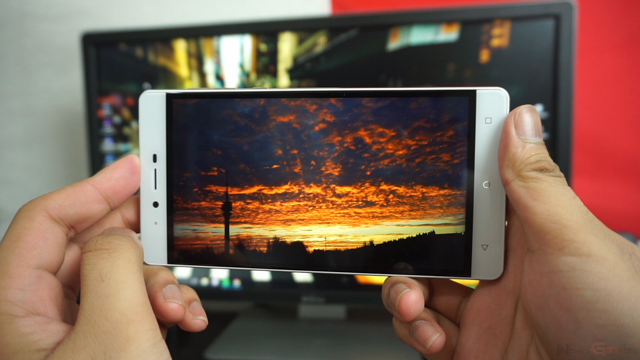 But on a brighter note, the display quality is good overall. Colors are saturated enough, although the screen is slightly on the yellowish side. Blacks are deep enough, which delivers good contrast. Screen brightness is also fine, which makes outdoor visibility easy.

Viewing angles are also okay as the screen looks like it has been well laminated with the display, but I did noticed some color shifting when I try to look at it at different angles.

Cherry Mobile towed in a MediaTek MT6753 chipset inside, which has a1.3GHz octa-core processor, backed by 2GB of RAM and Mali T720 GPU.

Processing performance has been satisfying. Games like EA’s UFC ran impressively. 3D Mark shows okay results; apps are not 60fps-fluid, but decently playable at 30fps. It also handled a processor-hungy game called Roller Coaster Tycoon very well. Quite expectedly, the device tends to heat up during heavy workloads; just 2 to 3 minutes of gaming would have the chipset already throttle.

The RAM is also showing off on this thing. It’s well utilized; comparable to 3GB ones. You can switch between different apps without breaking a sweat.

Overall, the Flare XL 2.0 can surely cope up with your day-to-day processing needs. It also live up to what it is intended for — so satisfy gaming junkies.

One bragging right that the Cherry Mobile Flare XL 2.0 has is its software. This thing has the latest that Android has to offer. This ginormous device is one of the first few devices to house Android 6.0 Marshmallow out of the box.

To start, Marshmallow looks aesthetically the same with its predecessor, Lollipop. The icons, fonts, and overall look of everything have been carried on. Rather than wasting time and effort on redesigning; Android focused on improving what already works, and added features that would make everything even better.

Now on Tap is one of the few new best feature of Marshmallow. It lets you use Google Now from anywhere on your phone. It then analyze every word projected on the screen, then suggests actions and/or a Google search.

Dose is also here, which is practically a built-in battery saver. App Permissions are now more organize and easy to manage, something tha iOS have pioneered since forever.

The device also has a motion sensor, which can detect if you hover your palm above the display. It works like the Air Shuffle that we saw on O+ devices. I did leave it off as it’s annoying.

The Flare XL 2.0 comes with a 16-megapixel primary camera, and an 8-megapixel module for the front-facing one. These are pretty some beefy sensors for the price, but are they really justified?

The cameras garnered the same results with the Cubix Cube 3 on my tests. A large figure in megapixel count doesn’t always translate to good photo quality.

Details are a bit sharp, which is really expected, but that’s not the only thing that is important. Colors appear to be dull, dynamic range is just average, and depth of field is barely present. Pictures also gets easily blurred when shooting handheld, and it would have been fixed if it has slightly faster shutter speed.

Pictures taken on lowlight scenarios are acceptable, with visible subjects but with tons of noise and grains.

1080p video recording is also available, with the quality same as the stills.

The shooter in front can take decent selfies, and is good enough for video calls.

Cherry Mobile was able to cover all of the essentials on this department. The XL 2.0 has WiFi a/b/g/n/ac and Bluetooth 4.0, which were both reliable during my tests.

It is also cable of receiving 4G LTE signals. I tested it using Smart 4G prepaid, and it did get fast internet connectivity (speed varies on location). 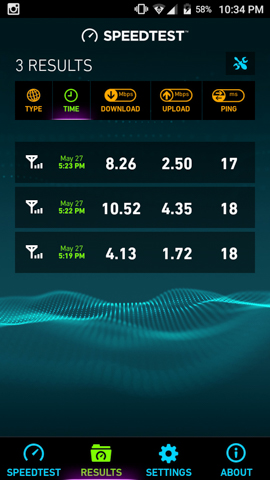 We have a 2500mAh battery that’s powering the Cherry Mobile Flare XL 2.0 — a pretty underwhelming capacity for such enormous and muscly device. The good news is the resolution isn’t so high at 720p, and the processor is very power efficient so it’s quite great in this department.

Screen-on time reached our standard 4-hour mark, but that result ain’t absolute. Brief gaming would instantly drain a noticeable amount of battery. It also eats a plenty amount of juice during standby, which makes me question the effectivity of Doze.

The Cherry Mobile Flare XL 2.0 is a huge (quite literally) upgrade not only from its predecessor, but also from other devices behind its back. Other than the aesthetics, Cherry Mobile continues the trend that it started: to deliver the best possible value for the consumers money.

For a phablet that cost at only Php5,999, this brand new Flare device sure has a lot of flaws attached to it. The loudspeaker is not that good, and the battery is inexplicably non-removable. But, these complaints are just a speck of dust to what it can actually offer for the money. 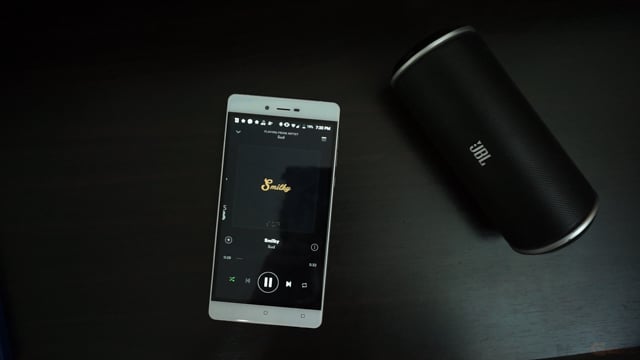 I did love the enormous display, despite it being bulky. The premium-feeling and sturdy design, made possible by its metal sides. The powerful octa-core processor and Android 6.0 Marshmallow combo also made day-to-day usage a breeze. And lastly, having a 4G LTE connectivity is a huge plus to today’s busy and connected life.

If lugging around a huge device is not an issue and media consumption is top priority, the Cherry Mobile Flare XL 2.0 is worth checking out, and it sure won’t break the bank.