There are just a lot of things going on with Cherry Mobile lately. The company is being buoyant in releasing new devices, in almost a monthly basis. We’ve just seen the One G1 last August, the new intel-powered MAIA devices on september, and now, the new  Flare devices. These new updates from their renowned line-up are called the Flare 4, Flare S4, and the one we have here, the cream of the crop, the Flare S4 Plus.

Is the Cherry Mobile Flare S4 Plus worthy for the bang-for-the-buck title, like what its predecessors were known for? Let’s figure that out.

If there’s one common denominator to all of the recently announced Flare devices, it would be the devices’ exquisite build quality. The Cherry Mobile Flare S4 Plus, Flare S4, and Flare 4 are all built with aluminum alloy sides, which gives not only a premium look on the devices, but also made it feel nice in the hands. The S4 Plus’ chamfered metal edges is also screaming in sturdiness; the device just feels solid. And of course, the iconic vertical lines on the alloy body makes an appearance. We’ve seen this on a lot of recent Apple smartphones as an unobtrusive network antennas. 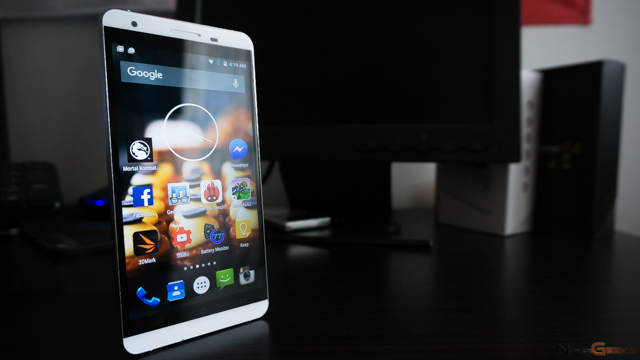 The robustness doesn’t end there. The front of the device is also heavily protected with Dragontrail glass, which can surely withstand some scratches from your keys or spare coins, in case you accidentally have them altogether in your pocket 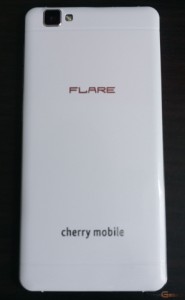 Although, Cherry Mobile didn’t go all out on the device’s masculinity. The S4 Plus’ back panel is made from only, fairly cheap plastic. However the material is a bit shinny, thus, can be suspected as glass in a quick glance. But considering the already terrific metal sides and the superior front glass, and also, the limitations that can be caused by the price tag, it’s forgivable. However, the back cover is unreasonably non-removable, so you’re stuck with its relatively small 2800mAh battery. The back cover isn’t made with glass, or even metal, to have it sealed in.

Speaking of the build material; probably the one major consequence of using metal as a material of choice is the substantial weight that it can contribute to the overall mass of the device. The Cherry Mobile S4 Plus has a pretty noticeable heft to it, especially when compared to other all-plastic device like the Asus Zenfone Selfie, which is also a 5.5″ device. 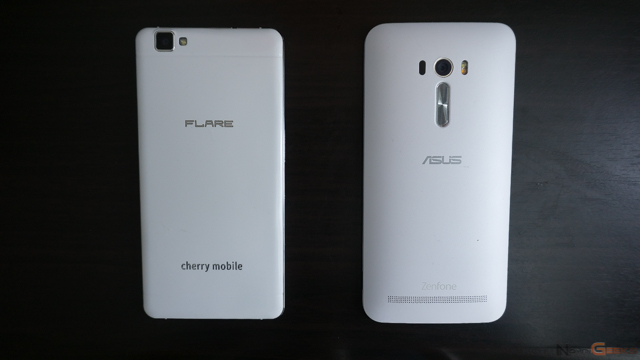 Right in front of the device sits a large 5.5″ Full HD IPS OGS display, with 1920 x 1080n resolution, and has a pixel density of 401ppi. Display quality is pretty satisfying; the contrast is a bit on the soft side, and the saturation is a little bit dull. Viewing angles and outdoor visibility is also acceptable; however, sharpness is really out of question as everything looks crispy. 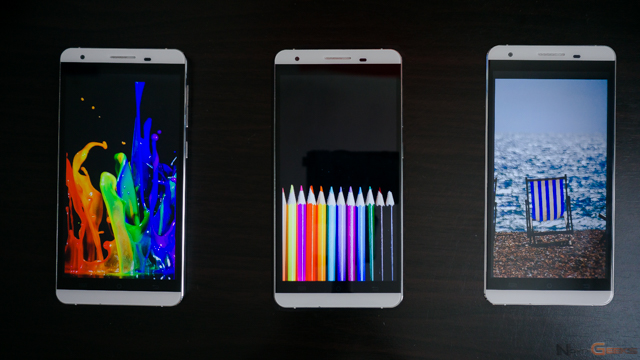 There are also three capacitive buttons, just below the display, which are kinda hard to see, as they are not illuminated like what we usually see in almost all devices. I wish Cherry Mobile had the buttons’ colors pop out, so it doesn’t look so discreet, which makes it really hard to distinguish. These are the Menu, Home and Back buttons. The Menu button is also a bit painful to use since the majority of Android devices today rather utilizes a Recent Apps button. Having to long press the Menu button to switch between applications is just annoying. 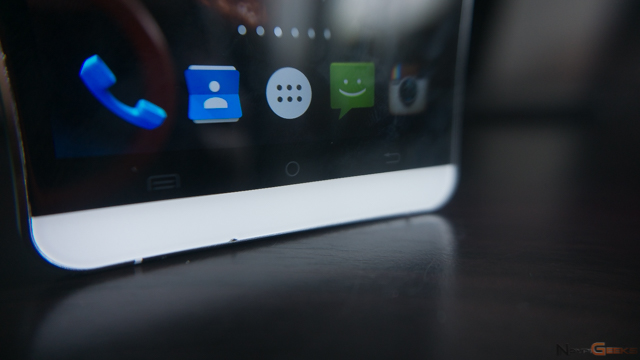 There are also other different physical buttons; the lock/power switch and the volume controls sits perfectly on the right side, which are also constructed in metal, although unnecessarily thin, thus, making it less tactile.

The left side has two slots. One for a Micro SIM card, and the other is for either a Nano SIM card or a microSD card slot, capable of up to 64GB. Yup, the second one is only capable of supporting either a SIM or an external storage. But to brighten things up, this thing is capable of 4G connection. 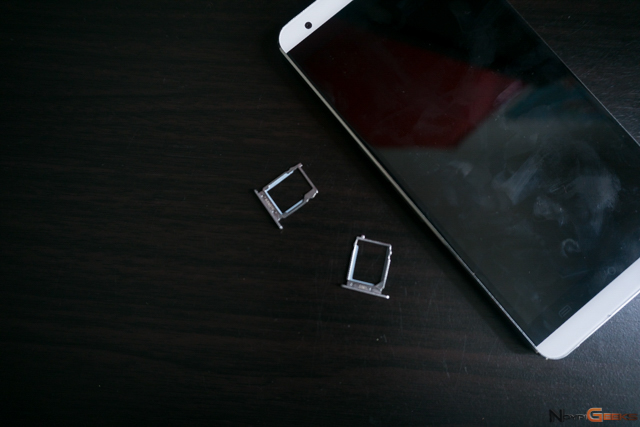 The bottom of the device has the microUSB port, and a what seems to be a stereo speaker. Nope, the other grill is only for aesthetical purposes, so everything looks symmetrical to the actual speaker. This extra grill could have become more useful if they have placed the built-in microphone there, rather than having it on the bottom chin of the device, leaving a tiny awkward hole to an almost seamless borders. Going back to the actual speakers; it’s performance is also mediocre. Highs are a bit dull with no visible lows, and the volume is average, which only makes it usable for private entertainment. The speaker’s odd placement can make it easily covered by your hands when using the device on landscape, like when watching videos or gaming. 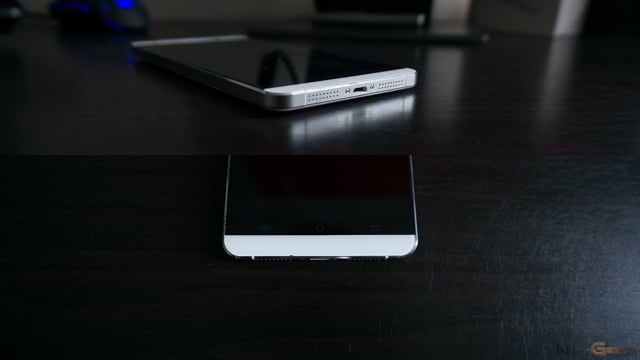 More of the Flare S4 Plus:

The Cherry Mobile Flare S4 Plus utilizes some big guns inside. We’re talking about MediaTek’s MT6753 chipset, an octa-core processor which has a clock speed of 1.3GHz, a surprisingly large 3GB of RAM, and a Mali-T720 GPU. Some are maybe dismayed about the company’s move to use a slightly underpowered processor, considering that this one has a large 1080p display. For a perspective, Cherry Mobile’s earlier devices like the Flare S3 Octa,  and the Flare XL uses a 1.4GHz octa-core processor for their smaller 5″ 720p displays. But nonetheless, the chipset on the S4 Plus was still able to handle the gigantic display very well.

Everything is decently smooth; from browsing the homescreen, social media surfing, and any other light and productivity applications. The 3GB RAM is also distinct on this one, which makes shifting from different applications, seamless, and app restart when going back from the previous app is non-existent.

It’s in gaming that we saw the device struggle a little. Game titles like the Sim City, Need For Speed: No Limits, and Mortal Kombat X ran fairly decent, although some occasional frame drops are present. Overheating is also in attendance during gameplay. The metal sides kinda exaggerate the heat, which can be annoying after some extensive gaming. 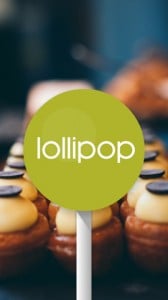 The Cherry Mobile Flare S4 Plus runs on Android 5.1 Lollipop. And just like all Cherry Mobile smartphone, this thing also has a stock Android interface. Which just basically translate to a more familiar, and more fluid user-experience. But it’s not always clear skies, as Cherry Mobile still packed some preinstalled apps, which we think nobody actually uses. From Cherry Mobile’s homemade applications that you cannot get rid of, up to some third-party apps that can either only be disabled, or thankfully, uninstalled. Cherry Fun Club, Cherry Play, eWarranty and even Opera Mini are here to stay forever.

Cherry Mobile added some neat user-experience tricks. For one, Smart Wake is present for some off-screen gestures. Double-tapping the display wakes it up, plus, you can also draw different shapes or letters to quickly perform shortcuts or quickly launch apps, which can be customized on the settings menu.

Gesture sensing utilizes the large and conspicuous proximity sensor to recognize your hands as you hover at the display. This gesture can help you browse the gallery and the homescreen, trigger the camera, control music and many more, without touching the display. Probably our favorite use of this is its ability to unlock the device instantly. Pretty clever.

Adding to its already admirable properties is its pumped up camera sensors. The Cherry Mobile Flare S4 Plus sports a 16-megapixel primary camera, and an 8-megapixel front-facing one for some elaborate selfies. The device is also capable of shooting 1080p video. 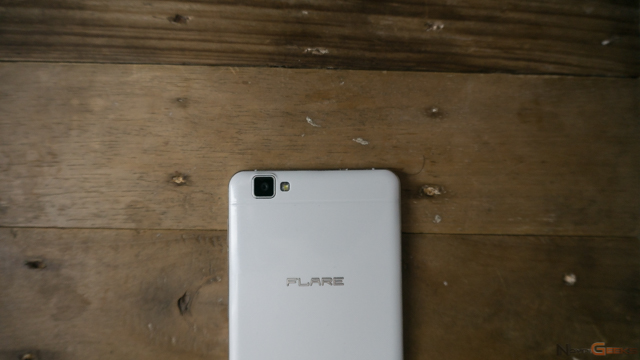 With its pixel-packed primary sensor, the sharpness from the photos it can produce is out of question. Details are on point, especially on a scenario with good lighting. Contrast is also appropriate; but saturation is a bit horrible, which makes color reproduction looks artificial.

Low-light photos also entails the same story, only with a lot more visible noise and grains, but still pretty usable.


Now on to the controversial part. A lot of people were worried with the device’s modest battery capacity, considering its overall heavy built processor and large, high resolution display. Moreover, the CM Flare S4’s 2800mAh battery is non-removable.

But what’s surprising is, our battery test results came close to a really good mark. Screen on time lasted the device for almost 3 hours and 50 minutes; just 10 minutes shy from the “good” standard 4 hours or longer that we’re getting from other devices that we have tested. We did repeat this test to confirm and really solidify the results, as it’s really doubting, and the result we got is still nothing different. 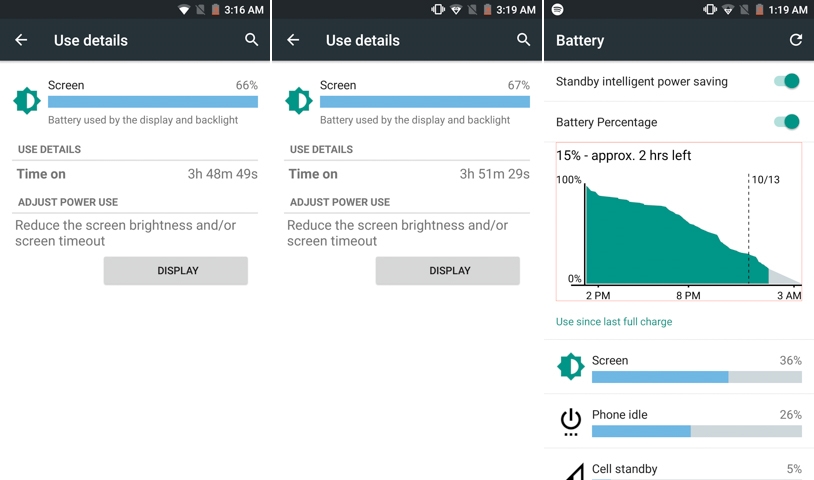 Having a non-removable battery may also be forgivable, since almost all of us will be using a trusty powerbank anyway. But nevertheless, we don’t want to discount the fact that the battery may degrade over the years, hence, the benefit of removable batteries for easy replacement.

Cherry Mobile may have just found the right balance in creating a smartphone. A well-crafted device with some muscle inside. The sturdy metal sides not only made it tough, but also stunning. The powerful processor can surely handle day-to-day and highly intensive tasks, which is also assisted with its large 3GB of RAM. The camera can also please its prospected users; one of the best that we’ve seen in its class. 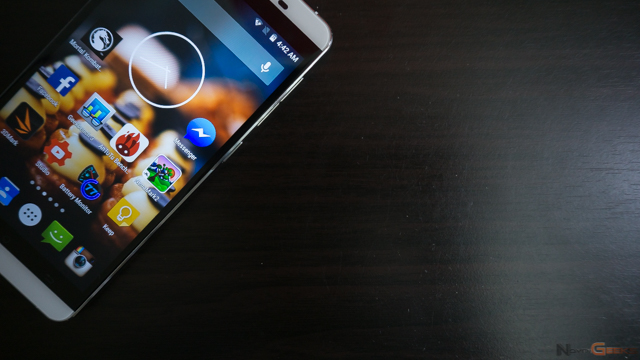 But not everything is banged-up on the Cherry Mobile Flare S4 Plus. The modest battery capacity may not accommodate the power-users like gamers – considering the device’s large and pixel-packed display; and the octa-core processor that are certainly hungry for juice. Also, the addition of a backlighting on the capacitive buttons would be highly appreciated.

Cherry Mobile is attempting to reach two different markets; the power-users and the trendy hipster. Juggling this two considerations at once is not easy, considering that this device will retail for only Php 7,999. But all things considered, Cherry Mobile hit the home run on this one.