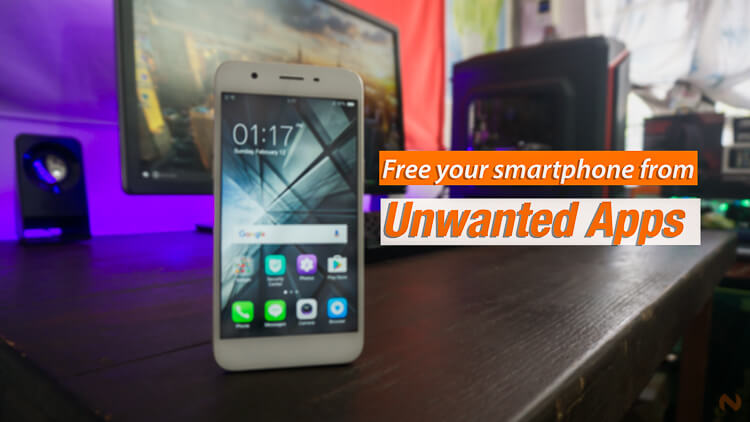 Ever found your smart device having an application or two installed in it that you do not want yet you could not uninstall for some reason? How about those apps you simply do not know what for or how it got into your device without your permission which you wanted to be removed?

If these questions ever come into your head or always aware of, chance is good that you are among the literates of computing devices who know a thing or two about his useful applications from the unwanted, sometimes malicious, software that unwittingly occupies some precious memory space in our electronic devices and does things it should not be—often to the detriment of the comfort, privacy, and security of the user.

However, not all unwanted applications are always malicious in nature. Some are simply too impractical for the common users they are considered nothing but pieces of code all compiled into a single executable program for certain instructions yet with very little to no use under the hood.

While the applications you wittingly install but do not like may not pose a problem for many people as it can be easily removed by simply choosing to uninstall it, there are applications that are more annoying than others.

This is true simply because there are applications that come inherently in our devices that cannot be removed, likely by design by the original equipment manufacturer—often referred to as “bloatware” or apps that come pre-installed with any device, yet completely unremovable.

Related: How to receive Android notifications on your iOS device

Luckily for users who cannot stand the idea that something unwanted is lurking in their devices, there are a few common ways on how these applications can be completely eradicated (if uninstall-able) or be kept at bay from its undesirable functions.

Unless predetermined by your unit’s original equipment manufacturer e.g. the so-called bloatware, all smart device programs are uninstallable. Meaning, whatever application you consciously installed in your device can be easily removed at whim to you as its user. Commonly, this is done by going to the unit’s Settings option, scrolling down the Apps section, and clicking on whichever application you’re trying to uninstall. Just click on the Uninstall button to proceed with the process.

Disable If It Cannot Be Uninstalled

Again, looking into the definition of the word “bloatware,” there are certain applications that simply cannot get rid off by design as if though inherent and critical to the device’s core system—the idea is simply untrue but is a common occurrence. Although you may not be able to recover the memory space a bloatware may occupy within your device, you have the power to keep its functions at bay by disabling it altogether. Who knows, it might be the possible culprit that results to your mediocre and degrading battery life.

Following the same steps as you used to do when uninstalling an application, but with the exception that you’re not uninstalling, click on the Disable button to nullify the application of all its capabilities.

If for some reason, you are finding your device incapable of the Disable feature, there is another method of rendering an application in a disabled state but called by a different name: freezing. Unlike the previous two methods, however, this feature requires a third-party application like Titanium Backup to use because the feature itself is not inherent the Android OS. To do so, simply run the application, go to the Backup/Restore tab and freeze whichever program you want frozen of all its capabilities while remaining in your device.

These are the simple tricks that you can use to free up storage in your Android smartphone. Did we miss anything? If you have any questions, let us know in the comments below.