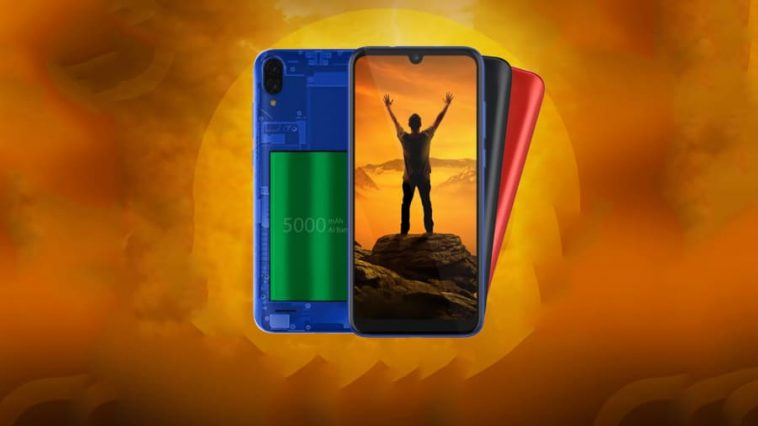 Remember Gionee? They may be gone in the Philippines, but they’re still doing business abroad. Just recently, they launched a new budget phone in India dubbed as the Gionee Max.

As what the name suggests, the Gionee Max boasts a large battery — 5,000mAh of capacity to be exact. That makes up for the overall underwhelming hardware that this device have. But with its less-demanding specs, Gionee claims it can last for up to 28 days in standby, 24 hours of listening to music, and more than 9 hours of watching movies.

The Gionee Max sports a 6.1-inch HD+ screen, with a teardrop notch on the top for the 5-megapixel selfie camera. The front sensor is used for its face unlock feature since it lacks a fingerprint scanner.

A dual-camera setup is seen on the back, which consists of the usual 13-megapixel main shooter and a dedicated depth sensor.

Under the hood, the Max is powered by a Spreadtrum SC9863A octa-core processor, with IMG8322 GPU, 2GB of RAM, and 32GB of internal storage that you can expand via a microSD card.

The Gionee Max has a price of INR5,999 (around Php3,900) and will be available starting August 31 in India through the e-commerce site FlipKart. You can get it in three different colors: Royal Blue, Red, and Black.