At long last, Honor has finally unveiled the official local price of their highly-anticipated smartphone in the Philippines — the Honor 10 Lite.

In a Facebook post we spotted earlier today (now taken down), the company revealed that the Honor 10 Lite 3GB/32GB will be available in Shopee with an official price of Php9,990. While the 3GB/64GB will be initially available in their SM North EDSA store for Php10,990

And if that’s not a good value enough, the device will come with a free Honor Band 4 Running edition, a gift box, and a foldable luggage kit that are all worth Php3,000 when you purchase it on January 25. The luggage kit is swapped to a sports arm band when you get the 64GB model on January 26. 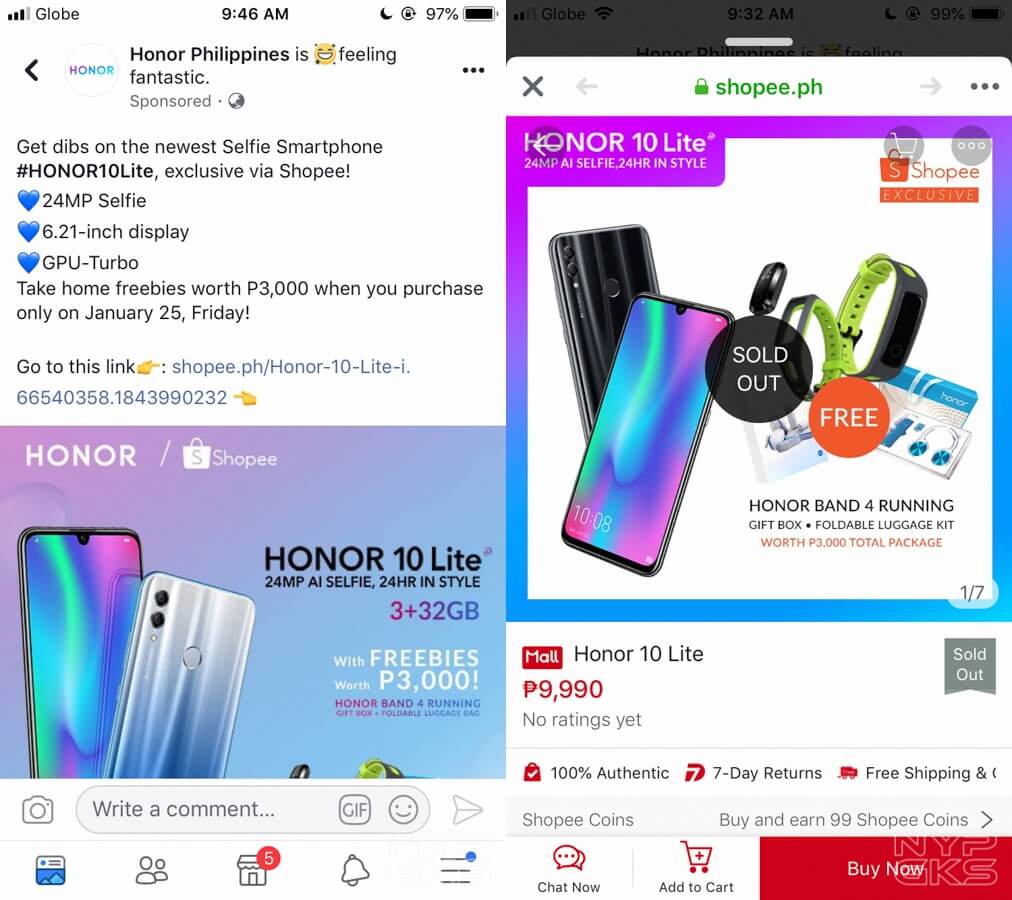 This pricing really makes the Honor 10 Lite a great value for the money. In our hands-on review, we praised its stunning design, large display, and the latest Android 9 Pie with EMUI 9 interface.

Honor 10 Lite also has an impressive 24-megapixel front-facing AI camera, which we were able also to test out extensively a couple of days back. And from the looks of it, this handset is definitely one of the best selfie smartphones in its category.