Honor plans to continue their momentum as they release the Honor Note 10. Spoiler alert: this is the company’s most enormous and power-packed smartphone to date.

The headlining feature of the Honor Note 10 is its gigantic 6.95-inch FHD+ AMOLED screen. And unlike the Honor 10, this one doesn’t have a display notch. Instead, it comes with ultra-thin bezels on all corners, with the fingerprint scanner relocated at the back for a more seamless look. 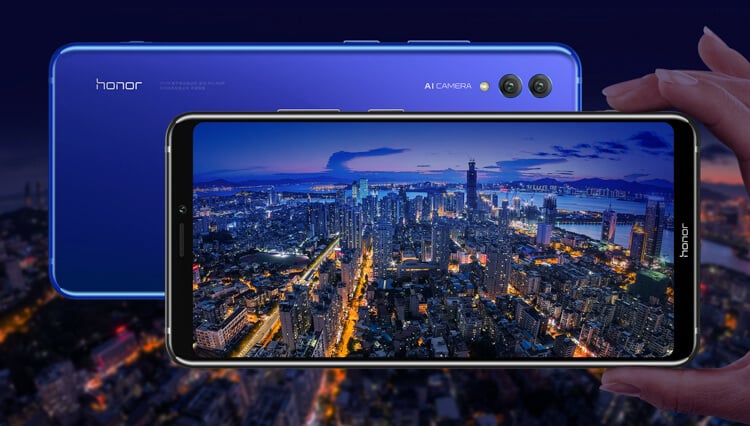 Other than the vivid colors that the AMOLED display provides, the Honor Note 10 also complies to the HDR10 standard and brags a wide 115% coverage of NTSC color gamut.

The handset also has stereo speakers and Dolby Atmos technology to complete the entertainment experience.

Since this is a high-end Honor smartphone, the Honor Note 10 arrives with the flagship Kirin 970 processor, with either 6GB or 8GB of RAM, and 64GB or 128GB of internal storage.

And to keep the processor nice and cool, the Honor Note 10 comes with a PC-grade liquid cooling system. Dubbed as “The Nine”, this thermal solution consists of a liquid-cooled pipe and 8 layers of heat dissipation system. Honor claims that it has 41% better heat management than the traditional method.

Having a good cooling system is also important for the device’s CPU Turbo feature. Honor was a bit vague about the details, but from the looks of it, this feature will basically overclock the CPU and optimize the RAM to deliver even better performance.

Also, don’t forget that it also comes with Huawei’s GPU Turbo Technology out of the box. So expect even better gaming experience from this thing. Thanks to its large chassis, Honor was able to cram in a large 5,000mAh battery on the Note 10. It also uses the same rear camera setup of the Honor 10. It has 16-megapixel and 24-megapixel rear cameras that shoot in RGB and monochrome, respectively.

Honor Note 10 runs on Android 8.1 Oreo with EMUI 8.2 out of the box. As usual, it also packs tons of AI-powered features that aims to improve the overall user experience, especially in the photography department.