Disabling apps that were preinstalled by the manufacturer or cellular carrier used to be a feat only available to tech-savvy users who are willing to root their mobile device. Fortunately for the average Juan, the later versions of Android have the innate ability to disable, if not totally remove, any unwanted apps.

Some users may wonder what the point is in disabling apps. For starters, power users will appreciate the freed up resources. Many bundled apps in devices often run in the background without your knowing. When they do, they gobble up system resources, such as RAM, CPU processing power, and mobile data speed. While some of these apps are a welcome addition to your device (because it otherwise would’ve been drearily bereft of out-of-the-box software), some included apps just aren’t useful to certain types of users. The solution, therefore, is to at least disable them. Out of sight, out of mind.

How to disable Android apps 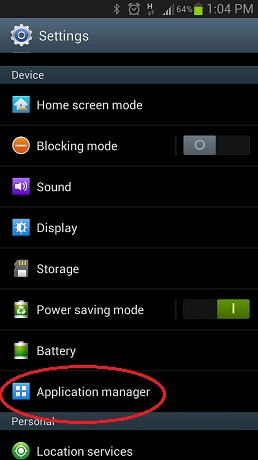 (Note that navigating to the Application Manager may differ in other phones from the one shown above, which has been tested on a Samsung Galaxy Note 2 running on Jelly Bean 4.1.2.) Of course, some of the apps in the list have passed to your standards and aren’t bloated software. Others, however, are so essential to the system (e.g., Application installer, BluetoothTest, Certificate installer) that the Disable button has been disabled itself. Some others aren’t so critical, but disabling them will still cause instability and performance issues among other apps and the device itself.

Related: Tutorial:  A Guide to Link2SD for Android

In the unfortunate event that something does get broken after disabling apps, you can always go back to the Application Manager and enable the silenced apps. All disabled apps are found on the bottom of the manager’s app list. It’s best to disable one app at a time and observe your device for a while to see if a decrease in performance and/or appearance of visual glitches/bugs happens. Also note that on some devices, freezing an app means removing any installed updates. When you re-enable the app, it is then back in its factory condition and will need to reinstall its updates.

While a popular and convenient way to banish apps into the unknown, just remember that tinkering with your device may pose problems if you’re not too careful. On the other hand, daredevils who want more than just disabling can opt for replacing the stock ROM of their device with a custom ROM that’s free of unwanted software.