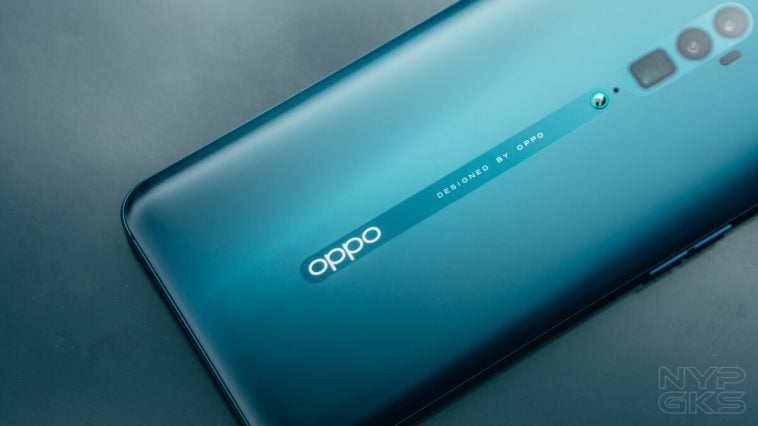 A new breed of OPPO smartphones is coming to the Philippines. One of them is the OPPO Reno 10x, the company’s new flagship smartphone.

OPPO Philippines has already revealed the pricing for the regular OPPO Reno. But today, we want to do a quick look at its high-end brother, the OPPO Reno 10x, as we wait for its official debut and price announcement in the country. Upon holding the OPPO Reno 10X, you can really feel that it’s indeed an uncompromised flagship device. Just like their previous flagship offering, the Find X, the Reno 10x is thick and slightly heavy. This allowed the company to cram in all the fancy hardware it has inside.

And by hardware, we mean the shark’s fin pop-up camera on the top. It looks really cool in person and it blends seamlessly with the device’s overall design. This is probably the best implementation of a pop-up camera that we’ve seen so far. Even better than OPPO’s own F11 Pro or the Find X. This allowed the company to maximize the screen estate on the OPPO Reno 10x. It feels relatively sleek despite the large 6.6-inch display, thanks to its 93.1% screen to body ratio. The quality in its AMOLED screen is pretty great so far and the blacks are incredibly deep.

I’m also impressed by how fast and accurate OPPO Reno 10x’s  in-display fingerprint scanner is during our initial moments with it. And we plan on testing it further under different circumstances for our full review. Of course, let’s not forget to talk about its cameras. The OPPO Reno 10x has a 13-megapixel camera that’s sitting behind a periscope-style lens. The actual lens provides a clean 5x optical zoom, with a relatively neat 10x of hybrid zoom, that maxes out at 60x.

In our first few shots, going up to the 10x zoom produces a really clean image. Perfect if you want to frame your shot better when taking far away subjects. However, as expected, the 60x zoom creates almost unusable photos.

Still, the fact that you can see subjects that are miles away is still cool. It’s like having a telescope right in your pocket. A software update can probably improve its 60x zoom performance, but I doubt that it can do much difference.

Of course, there’s also the 48-megapixel Sony IMX586 primary camera with optical image stabilization and the 8-megapixel ultra-wide snapper. Both cameras captured really good images so far, although we’re excited to test its limits in different scenarios once we spend more time with it.

We also took a few selfies with the 16-megapixel front-facing camera of the OPPO Reno 10x. As you can see in the samples below, the images look sharp and well-lit, even when you’re indoors.

Again, we’ll be testing it in detail, including its built-in front-facing flash, in our full review.

For the specs heads out there, the OPPO Reno 10x is powered by a flagship Snapdragon 855 processor with 8GB of RAM and 256GB of storage. It runs on Android 9 Pie with ColorOS 6.0.

Unsurprisingly, the interface feels really fast and snappy. We also expect it to deliver top-notch performance in games once we run our tests with it.

For the full specifications of the OPPO Reno 10x, you may check it here.

Well, that’s it for now. We’ll be publishing our full review of the OPPO Reno 10x in the coming weeks after we put it through its paces.

OPPO is expected to officially launch this phone on June 19th, so stay tuned for that. Those who are excited to get their hands on this device can pre-order the unit starting today.