The Samsung Galaxy S20 Ultra, the most premium S series smartphone, has just been announced.

We were able to spend a short time with it. So now, before our full review, we want to share with you our initial thoughts about the Samsung Galaxy S20 Ultra.

A new breed of Galaxy smartphones is here. 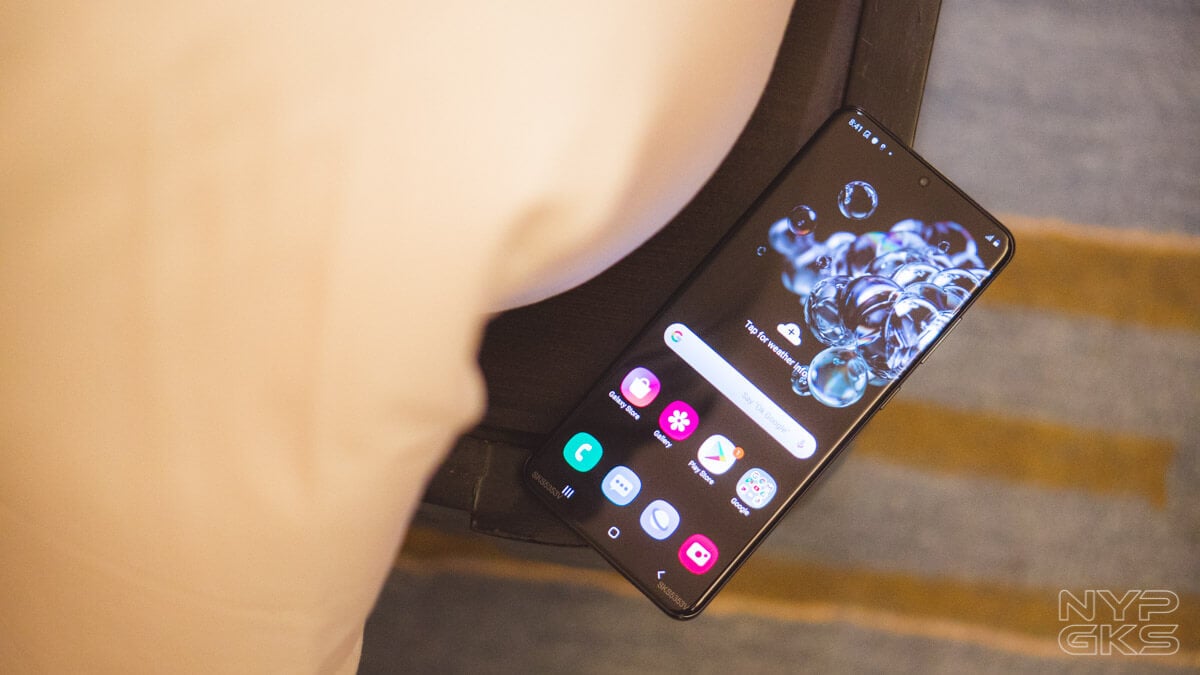 This device is all sorts of ‘Ultra’. Starting off with the size, this top-of-the-line Galaxy S20 device features an enormous 6.9-inch display. Bigger than the 6.2-inches and 6.7-inch screens that the Galaxy S20 and Galaxy S20 Plus have, respectively.

It goes without saying that this is a huge and thick device. It may not be the most comfortable thing to hold, but we definitely appreciate the roomy screen estate it provides for watching videos and playing games. 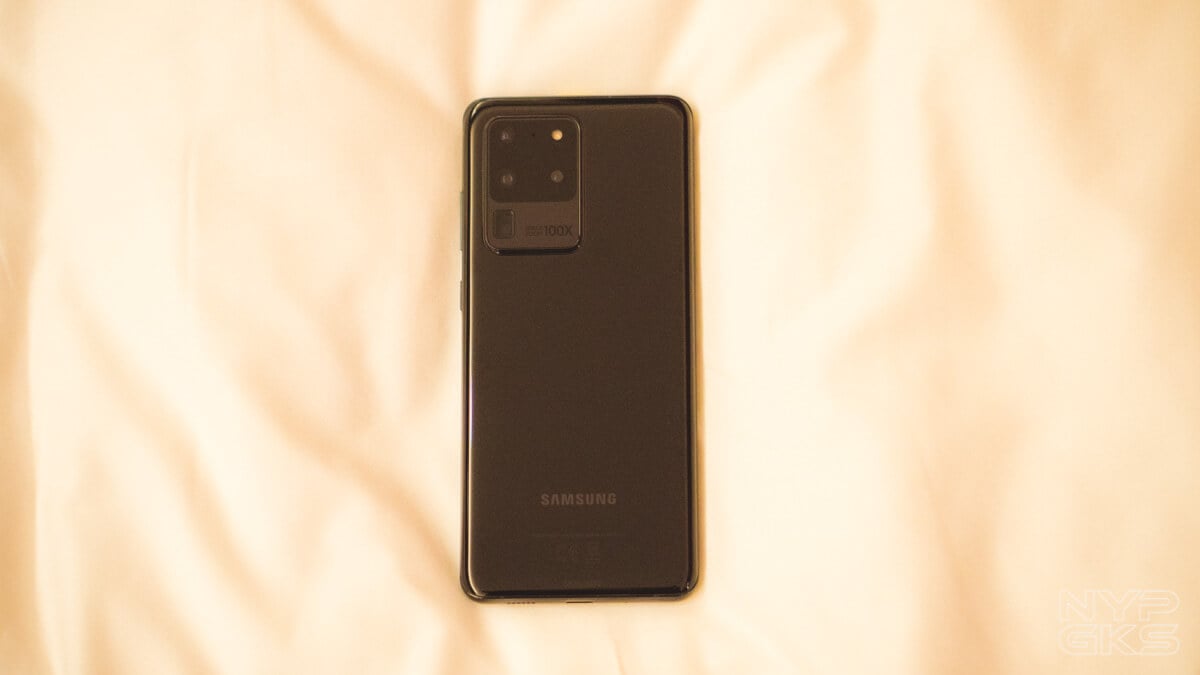 The big benefit of going with the Ultra model is the cameras. This thing comes with a whopping 108-megapixel primary camera, a 12-megapixel ultra-wide, and a 48-megapixel telephoto lens that can provide up to a whopping 100x of hybrid zoom. 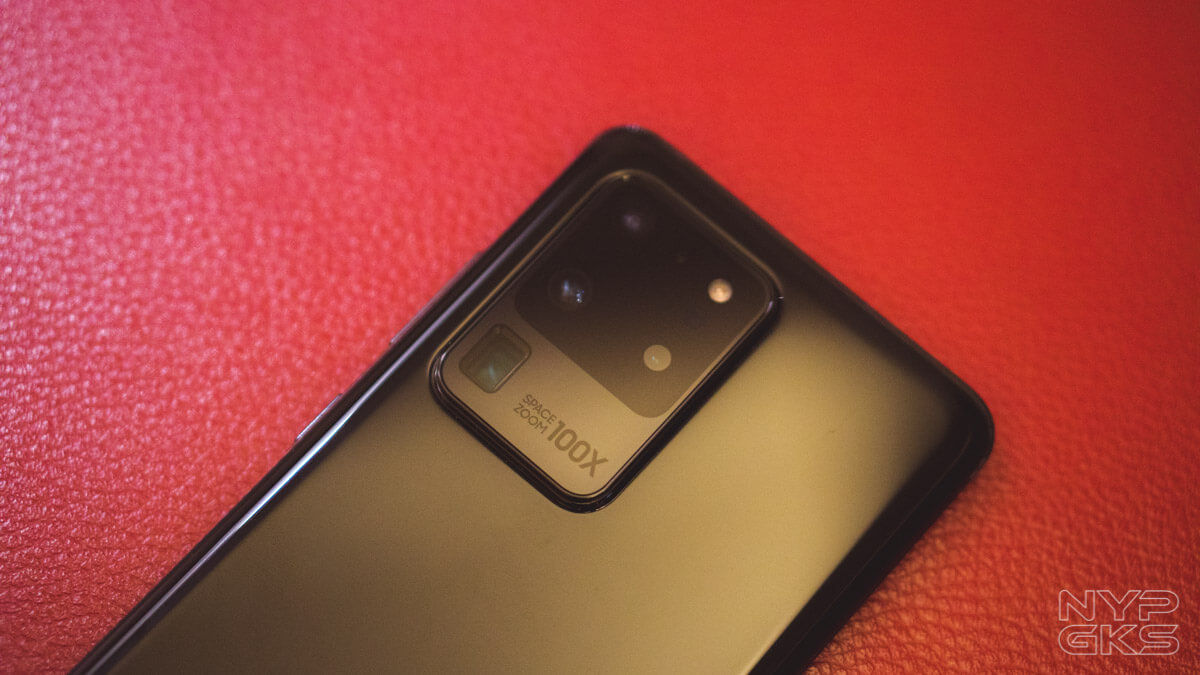 Samsung even included a wide preview every time you reach long focal lengths so you can still see where you’re zoomed in too. A very clever and interesting touch that was missing in other smartphones that has ludicrous zoom capabilities.

The Samsung Galaxy S20 Ultra also boasts a 40-megapixel selfie camera. A major upgrade over the 10-megapixel front-facing shooters that the Galaxy S20 and Galaxy S20 Plus models have.

We will be detailing its camera prowess in our full review so stay tuned for that. 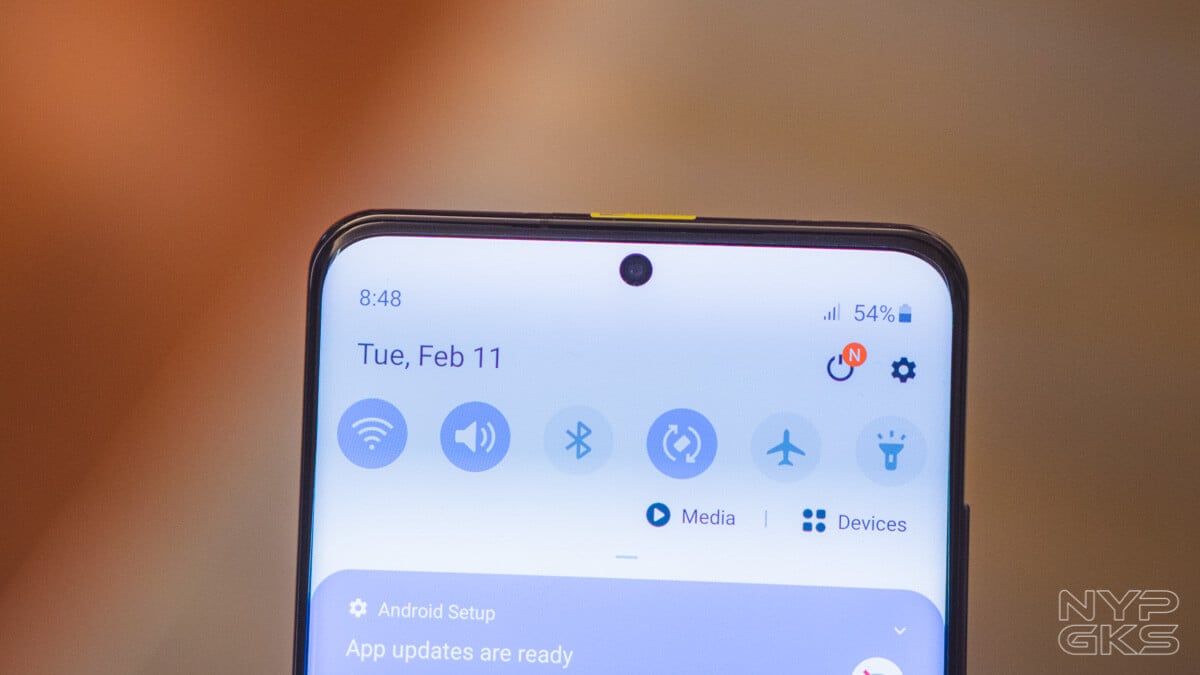 Another main reason why you might want to opt for the Samsung Galaxy S20 Ultra is its 5G connectivity. This will make it futureproof once 5G hits mainstream. Although it appears that the model we’ll be having here in the Philippines will only come with 4G LTE as it’s not yet enabled. Last week, Huawei officially launched the first 5G smartphone in the Philippines.

The rest of the Galaxy S20 Ultra’s specs is identical to its smaller siblings. While it does have a bigger screen, it still has the same QHD+ Dynamic AMOLED panel, with HDR 10+ support, and a whopping 120Hz refresh rate.

Going from the usual 60Hz screen, that normal smartphones have, to 120Hz has a noticeable difference. Everything looks faster and smoother, even just by browsing the interface. 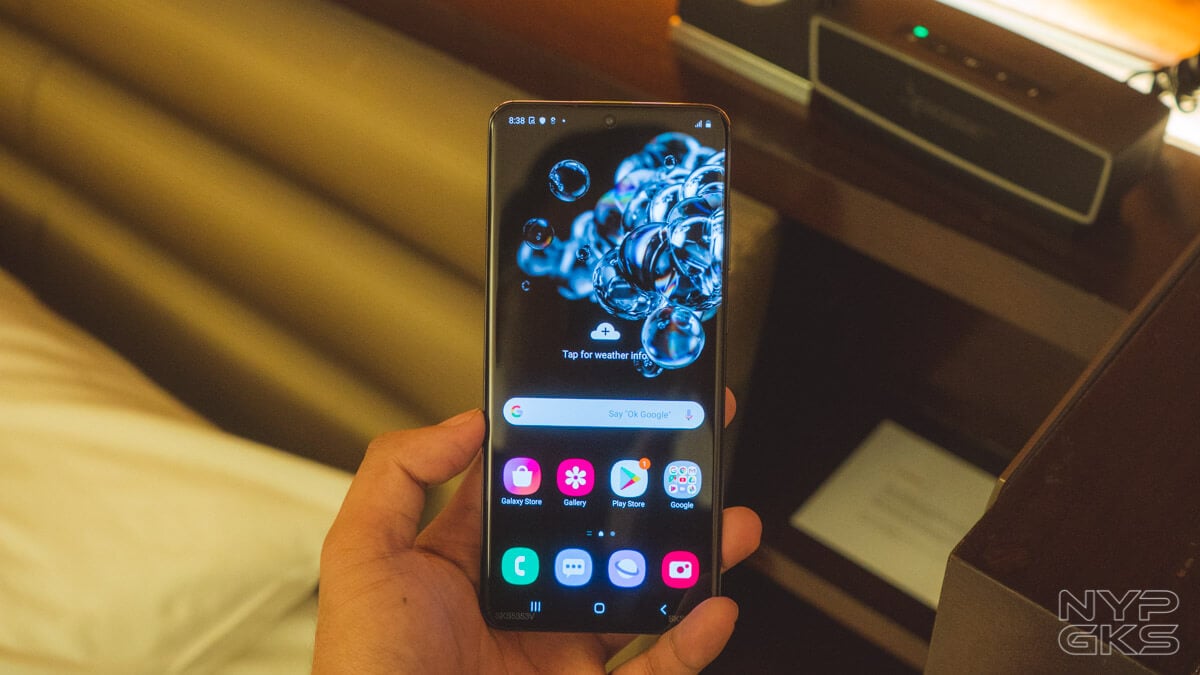 This will help the Samsung Galaxy S20 Ultra show off its powerful Exynos 990 processor even more. You can get it with up to 16GB of RAM — a first of its kind — and 512GB of internal storage.

We weren’t able to install games and benchmark apps on the engineering sample that we got. We’ll be running it through its course once we have the final retail unit.

Although we expect it to provide really impressive speeds, judging by our initial interactions with it. In addition, when you consider that the Exynos 980 is still one of the fastest in the market today. We’re expecting nothing less from the Exynos 990 chipset that the Samsung Galaxy S20 Ultra. 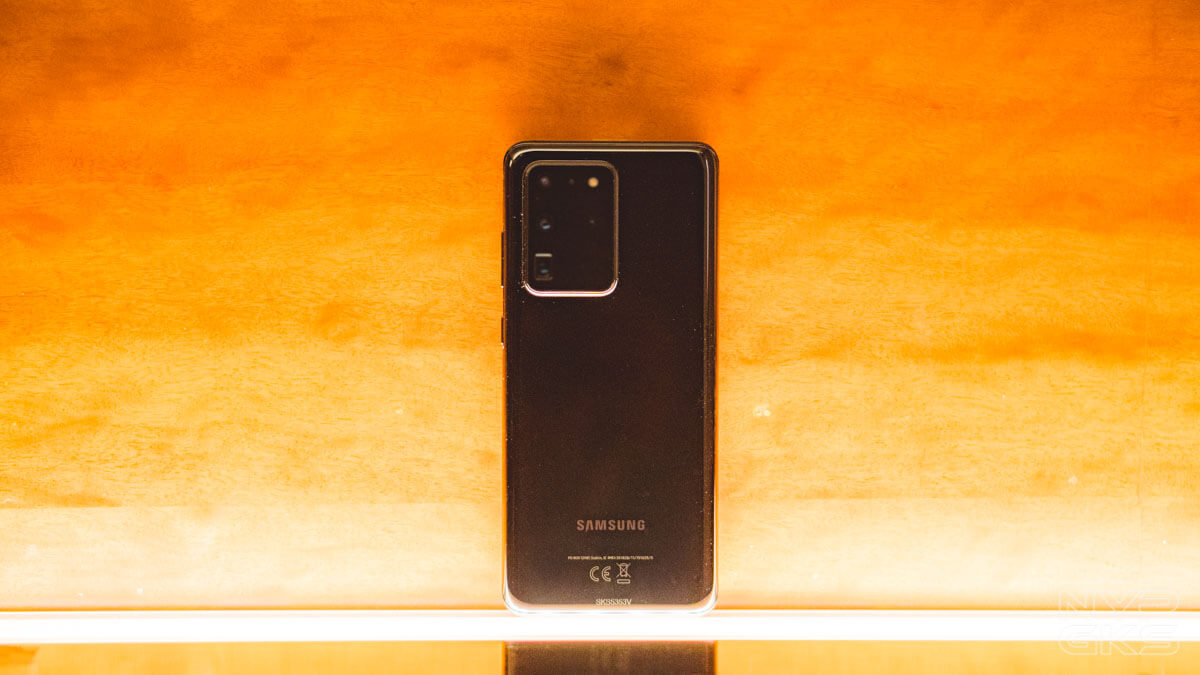 Clearly, the Galaxy S20 Ultra is one of the most interesting flagships in the Android space today. It brags a gigantic and fast display, powerful processor, killer set of cameras, and a large battery life. It pretty much checks all the boxes of a great smartphone. This is the reason why we’re excited to get our hands on a final retail unit.

For the meantime, you can check the full specs and pricing of the Samsung Galaxy S20 Ultra here.