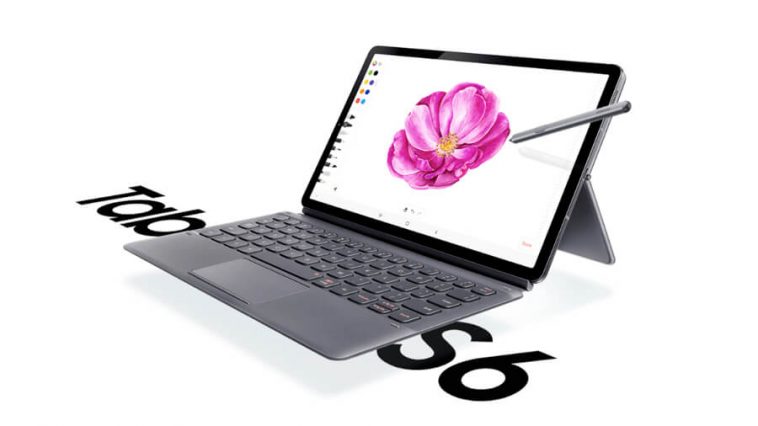 From the Galaxy Tab S4, the South Korean giant skipped the S5 and jumped right to the Samsung Galaxy S6. It was an ideal move considering that the predecessor came with a Snapdragon 835 processor, while the new one skipped the Snapdragon 845 in favor of the newer Snapdragon 855 chipset. Besides the new processor, the Galaxy S6 also gained an optical in-display fingerprint scanner. It is placed on a large 10.5-inch WQXGA Super AMOLED screen.

For the ultimate viewing experience, the device is also rigged with AKG-tuned quad-speaker setup and Dolby Atmos technology. Samsung is still not giving up on the S-Pen and even enhanced it with new features. Just like what the pen can do on the Galaxy Note 9, it now works as a wireless shutter button for taking pictures and as a multimedia remote. It also has a built-in battery that automatically recharges when you attach it (via magnets) on the back of the device.

For a desktop-like experience, you can get Samsung’s special keyboard case for the Galaxy Tab S6. When docked, the interface will evolve to the more feature-packed Samsung DeX UI. The Samsung Galaxy Tab S6 is also one of the few tablets to come with a dual-camera setup on the back. There’s a 13-megapixel primary sensor that’s partnered with a 5-megapixel ultra-wide shooter. An 8-megapixel selfie camera is then found on the front.

To juice it up, the Galaxy Tab S6 is rigged with a 7,040mAh battery. That should be enough to provide up to 10hrsof power on a single charge.