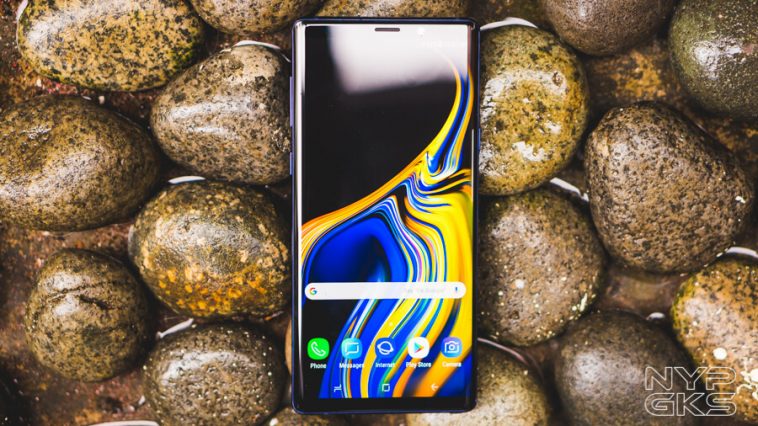 Thanks to the Galaxy Note 8, Samsung was able to redeem themselves from the Galaxy Note 7 fiasco. However, the company became cautious and conservative when they designed the successor, just to make sure that the issues from the previous generation won’t happen again.

Don’t get me wrong, the Galaxy Note 8 was an interesting device. However, it was obvious that Samsung was holding back in some of its features. But with the new Galaxy Note 9, the South Korean company is now ready to give what its fans want.

On the surface, the Samsung Galaxy Note 9 looks very similar to its predecessor. The key improvements here are found on the inside, but we’ll talk more about that later. Before we get to the details, let’s first get the specs out of the way.

The Samsung Galaxy Note 9 has the same glass-on-metal build. This has been Samsung’s go-to look when designing their flagship devices, which is just fitting as it provides a really premium look and feel. Well, not until it gets bombarded with fingerprint marks and smudges.

The key design change here is found on the back. In case you’re not aware, the only complaint that most people had with the Galaxy Note 8 is the fingerprint scanner placement. Now, the sensor has been separated from the rear cameras and moved a little lower so you can reach it easily. Just like most flagship devices today, the Samsung Galaxy Note 9 is available in a Qualcomm Snapdragon 845 variant. However, the model that we’ll be getting here in the Philippines will come with Samsung’s own Exynos 9810 octa-core processor.

We’ll reserve the full judgment on its performance in our full review. However, it does feel really fast and snappy in our initial tests. It boots up the camera app quickly, runs the games well. In short, it’s an overall satisfying performance.

But for those who are curious, you can check out below some of the benchmark test results of the Samsung Galaxy Note 9. Speaking of the camera, the Samsung Galaxy Note 9 inherits the camera system of the Galaxy S9 Plus. It comes with a dual 12-megapixel rear camera, with an aperture of f/1.5-f/2.4, 2x optical zoom, optical image stabilization, and 960fps slow-mo video recording.

But to separate it from the Galaxy S9 Plus, the Samsung Galaxy Note 9 has a feature that Samsung calls as the “Intelligent camera”, which is just a fancy word for “AI cameras” that we already saw in devices like the Huawei P20 Pro.

The initial images that we were able to take with it were unsurprisingly impressive. The colors are vibrant with deep contrast. However, I think its AI feature still needs some polishing as it tends to oversaturate some images.

Moving on, we have an 8-megapixel camera on the front. Unlike most selfie cameras that we have right now, the one on the Samsung Galaxy Note 9 produced cleaner images. They look more realistic, has natural colors, and well-detailed. These are the characteristics that we don’t normally see in front-facing cameras these days.

Another key improvement on this year’s iteration is seen on the S Pen. Now, this accessory becomes more useful as it now has Bluetooth capability, which unlocks new features for Samsung Galaxy 9 users.

You can use the button on the S Pen to capture a photo, skip music tracks, use it as a presentation remote, and more. According to Samsung, they will be providing SDKs for developers so they can utilize this feature through their own apps. Just like normal Bluetooth devices, the S Pen has a 10-meter range. And in case it gets disconnected or if you get a new one (in case it goes missing), you can easily pair it by putting it back inside the Samsung Galaxy Note 9. It also recharges the S Pen when docked.

Although we weren’t able to test it extensively, it’s worth noting that the Samsung Galaxy Note 9 has a bigger battery. This is a feature that they were cautious to execute on the Note 8. 700mAh is definitely a generous bump up from the previous model, which only had a 3,300mAh battery. In addition, the Samsung Galaxy Note 9 now has a built-in Samsung DeX feature. All you have to do is connect it directly to a large monitor via a USB Type-C to HDMI cable, and it can be converted into a full-fledged productivity device.

The monitor will project a desktop-like interface and your Galaxy Note 9 will now act as a touchpad so you to interact with it.