If you happen to like solving puzzles and using strategy as you play, then you might like the new app Save the Snail. The challenges the game offers are aplenty and stimulating. Hone your logical prowess and see if you’re the hero of these, um, lovely snails.

The objective of Save the Snail is pretty straightforward and already suggested from the app title. You must find a way to protect and cover the crawlies from the looming dangers: the scorching sunbeams, prickly thumbtacks, falling rocks, and more. (Oh, how fragile they are! It’s weird that they can survive a wooden box dropped on top of them though. But, I digress!) What you have in your arsenal varies per level; one occasion will have you improvise a barrier with just a couple of matchboxes and pencils while another instance will want you to make use of buttons and coins. Save the Snail sets off quite easy to acquaint players with the basic game mechanics, though later levels will certainly require much more thinking to solve them. 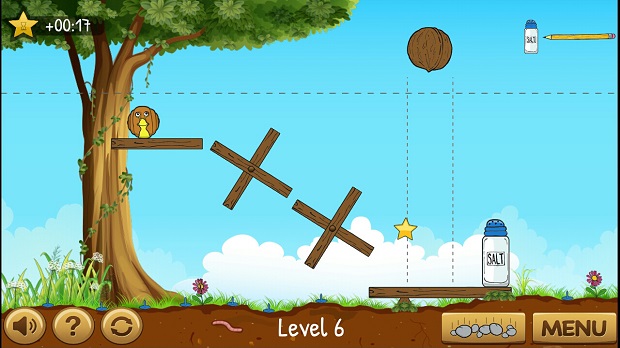 Save the Snail app features

Finishing each level is rated up to three stars, with each star rating signifying a certain goal. All levels are completed with one star rating by default, since it stands for having performed the game objective of saving the snails. Another star rating can be had if you collect the bonus objects, which happen to be—guess what—stars themselves, in each level. Last but not least, you earn another star rating if you finish everything within the level’s specified time limit. 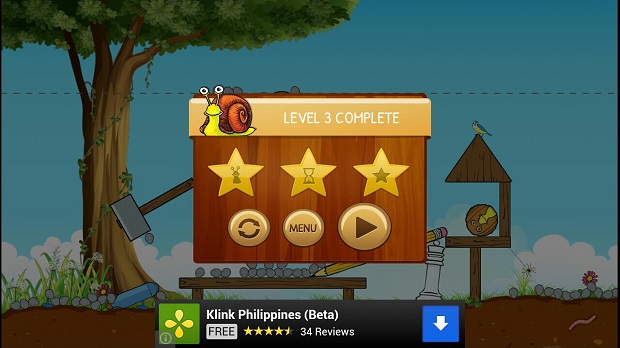 With gradually increasing difficulty, the lack of a comprehensive tutorial, and the likely trials and errors, it would seem that Save the Snail requires hours and hours of playing to finish all levels. How I wish that was the case. Truth be told, you can beat the game (even with 3-star ratings for each level) in just a couple of hours. It shows promise in its gameplay, so I’m willing to overlook the small number of levels available. I just hope an update with more puzzles will arrive soon.

As for graphics, the hand-painted visuals are good enough for a puzzle game like Save the Snail. The colors and simple art style will surely appeal to the younger audience, but they’re not overly cutesy to discourage adults from playing it. Ads are not intrusive as you play the game and the interface is plain and simple. 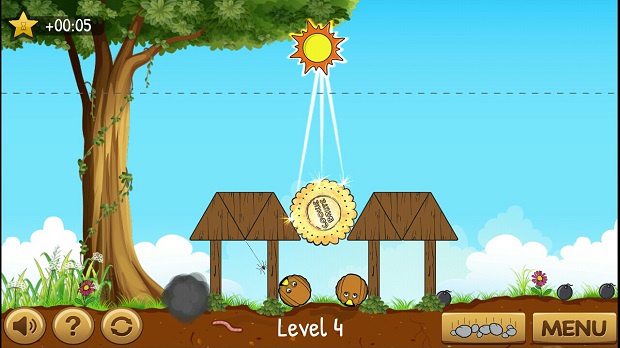 For the record, I find snails to be gross. Just look at the slimy trail they leave. And if you’re one with impatience, I’m sure you’ll die of boredom watching these slowpokes go to who knows where at a painstakingly sluggish speed. But speaking of boredom, you can pass the time by playing thought-provoking puzzle games on your Android device. Available for free on the Play Store and Apple App Store, Save the Snail is one such game that should keep you entertained for a while.