Do you still remember the Dell Streak? It’s okay if you don’t, as it was a notable flop. Perhaps with lessons learned, Dell seems ready to take another shot at the Android tablet arena by announcing the new Dell Venue 7 and Venue 8.

No, these two tablets aren’t meant to compete with top-of-the-line tablets from the likes of Samsung and Apple. Instead, the Dell Venue 7 and Venue 8 are setting their sights on the Nexus 7. Even though they only come with mostly ordinary hardware and simple design, these two come with something many customers puts in great consideration: bargain pricing. Dell will be selling the Venue 7 for only $149.99, while the Venue 8 costs an additional $30 ($179.99).

Priced a bit more than what its smaller sibling will be selling for, the Dell Venue 8 comes with many same specs but also a few upgrades in other aspects. Both its cameras, along with processing power, have been improved. Screen resolution remains at 800-by-1280, which unfortunately lowers the pixel density to 189ppi. The 8-inch slate is slightly thicker, too. Both tablets are to ship with Android 4.2.2, although Dell promises eventual updates to 4.3 Jelly Bean and 4.4 Kit Kat. 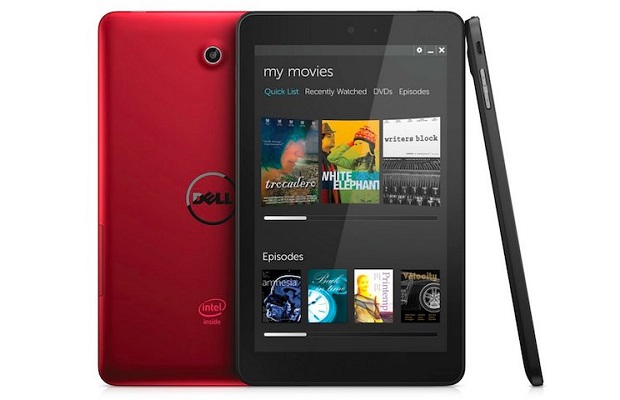 It’s not just about aggressive pricing; the Venue 7 and 8 also have another interesting feature up their sleeves. Besides these two, very few other Android tablets come with the new Intel Clover Trail chips. Though Qualcomm’s Snapdragon line is more prevalent, the Clover Trail chips have been shown to be better when it comes to power consumption management.

The Dell Venue 7 and Venue 8 are slated for release on October 18 in the US and select countries all over the globe. No exact info for Philippine availability and pricing has been announced.