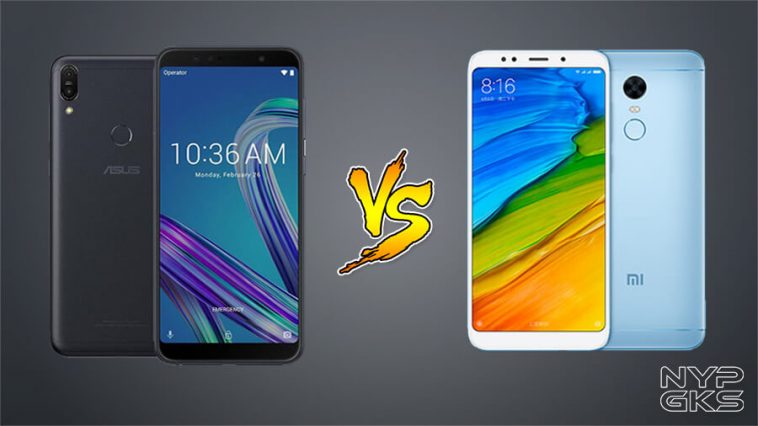 Not a lot of smartphone manufacturers realize that having great battery life is equally important as having great displays, fast performance, and excellent cameras. Thankfully, brands like ASUS and Xiaomi are here for power-hungry users who need more juice throughout the day.

Today we’re taking a look at ASUS and Xiaomi’s sub-Php10k offerings who have beyond-average battery capacities. We have the newly announced ASUS Zenfone Max Pro M1 and the Xiaomi Redmi 5 Plus.

For the price bracket they belong, coming up with a smartphone that ticks all the items in the checklist can be really tough. And now that we know that they have huge battery capacities, how does the two stack up in other departments? Were there any major compromises done to achieve their specific price tags? That’s what we are here to answer in this ASUS Zenfone Max Pro M1 vs Xiaomi Redmi 5 Plus specs and features comparison. Xiaomi smartphones have always been a crowd-favorite. Unlike the competition, they offer better value for the money that the consumers are paying. However, this time, it looks like ASUS is attacking Xiaomi’s Redmi 5 Plus with their Zenfone Max Pro M1.

Sure, ASUS’ offering is a bit more expensive — but I think the extra cash you’d be paying is actually worth it. Its official price in the Philippines is yet to be announced, but we surely expect it to be in the neighborhood of Php11,000 to Php13,000.

So, why is the ASUS Zenfone Max Pro M1 better? Well, the specs comparison table above clearly says it all. For starters, it runs on a newer and cleaner operating system. The Max Pro M1 uses an Android 8.1 Oreo OS sans the clunky ZenUI interface, which can definitely put a smile on the face of Android enthusiasts out there. It also uses a more powerful, newer and efficient Snapdragon 636 processor. Don’t be fooled by the higher-clocked Snapdragon 625 chipset on the Redmi 5 Plus. The latter also comes in different RAM and storage configurations so you have more flexibility in choosing according to your needs.

ASUS continues its streak in the camera department. It has sharper selfie shooter and better rear cameras. It comes in two configurations, but both are still better than the Redmi 5 Plus.

Lastly, the ASUS Zenfone Max Pro M1 has another advantage in the battery department. Sure, the 4,000mAh battery found on the Xiaomi Redmi 5 Plus is still large, but the 5,000mAh capacity found on the competition is noticeably better. In fact, it’s 25% larger, so it could absolutely make a difference in real-world usage. In conclusion, the Zenfone Max Pro M1 is the clear winner here — at least in the specifications battle. Remember, we still don’t have the official pricing for this device. But if it will be priced the same, or higher by Php1,000 to Php2,000 than Xiaomi’s handset, I think it is still the better option.

In case the price will go as far as Php13,000 to Php14,000, I think going with the Redmi 5 Plus is still a sound decision. After all, it’s all about the consumers’ preference.