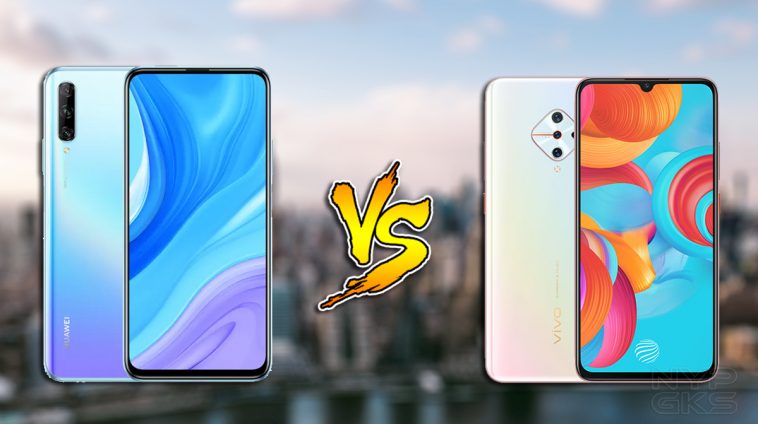 Two recently released phones are set to battle it out in this NoypiGeeks spec comparison.

It’s a battle between the Vivo S1 Pro and the latest mid-range phone released by Huawei — the Huawei Y9s. The Vivo S1 Pro is a phone that has a very unique design thanks to its diamond-shaped quad-camera set up at the back. At the front, it has a waterdrop notch that houses its selfie camera. It was launched here in the Philippines back in November.

The Huawei Y9s, as said before, is the latest mid-range phone from their line up. It has a massive screen size of 6.59-inches and a 91% screen-to-body ratio thanks to its notchless display. It was recently made official in PH this January. Out of the two phones, which one should you buy? Are you better of going for the first phone released? Or is the newly released one the best option out of the two? These are the questions we would like to answer in our Huawei Y9s versus Vivo S1 Pro specifications and features comparison.

Let’s talk about their similarities and differences.

First on the list is their display. The Huawei Y9s has a huge 6.59-inch LCD screen which is humongous when compared to the 6.38-inch AMOLED display of the Vivo S1 Pro. Performance-wise, the Vivo S1 Pro takes the cake as it has a Qualcomm Snapdragon 665 chip and an Adren0 610 GPU compared to the HiSilicon Kirin 710F and Mali-G51 MP4 GPU of the Huawei Y9s. When it comes to main camera, the Huawei Y9s has a triple camera set up that consists of a 48-megapixel main shooter, 8-megapixel (ultra-wide) and a 2-megapixel (depth sensor) cameras.

On the other hand, the Vivo S1 Pro has a quad-camera set up that comes with a 48-megapixel main camera, 8-megapixel (ultra-wide) 2-megapixel (macro) and a 2-megapixel (depth sensor) camera. Now, let’s talk about, probably the most important spec of all — the price. The Huawei Y9s is currently priced at Php13,990 compared to the Vivo S1 Pro’s price of Php15,999. In this match up, The Vivo S1 Pro definitely takes the win over the Huawe Y9s. This is thanks to its better display, superior processor, bigger RAM variant, quad-camera set up and its huge battery.

However, Let’s not sell the Huawei Y9s short here. It is also a great option if you’re looking for a phone that’s a little bit cheaper as it has some very respectable specs and features.