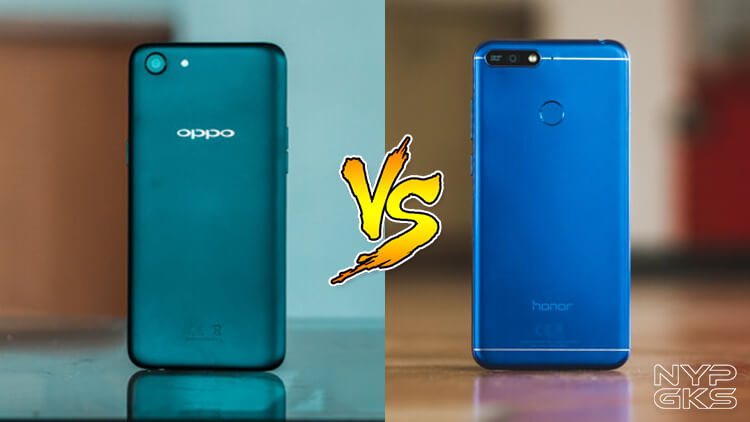 The competition in the low-end smartphone market gets more intense every time a new one is released. OPPO, for one, have a strong line-up of devices that a lot of consumers can choose from. One of their most interesting offerings as of late is the OPPO A83.

Since its release in the Philippines, the OPPO A83 became more affordable. The device is now Php2,000 cheaper from its original price, making this handset even more attainable for the masses.

But as interesting as it may sound, OPPO is facing serious competition in this price segment. Some of which have been around for a while now, while some are just starting out. Honor, a brand under Huawei’s umbrella, has just begun to settle in here in the country. And in an attempt to make an impression, they brought the Honor 7A in the Philippines. Just like the A83, the 7A aims to bring the best value for your hard-earned cash.

But between these two devices, which one should you get? Let our OPPO A83 versus Honor 7A specifications and features comparison help you out in answering that question. In the recent months, Honor has built a reputation of offering the best possible smartphone specs for the price, much like what Xiaomi is doing in the past couple of years. But on this battle, it appears that they might lose to OPPO.

The Honor 7A is one of the most appealing devices to get for the price when it was launched. However, the OPPO A83 was able to get around it when the handset got a major price drop. OPPO A83’s most obvious win against the 7A is the processor used. Qualcomm might have a better reputation than MediaTek, but the Helio P23 processor found on the A83 is undeniably better than the Snapdragon 450 chip found on the other.

The OPPO A83 also comes with 32GB internal storage, while only a half of that is present on the latter, which only has 16GB built-in storage. To Honor 7A’s credit, it does come with a newer OS version. It runs on Android 8.0 Oreo, while the A83 is stuck at Android 7.1 Nougat. But since they both run on their own respective user-interface, you will barely notice the difference. In addition, Honor was able to cram in a fingerprint scanner, a front-facing LED flash and an extra 2-megapixel rear camera on the 7A. But if you’re not into taking pictures with a bokeh effect, then you might want to settle with the A83 as the two devices share an identical 8-megapixel front and 13-megapixel rear cameras.

Both phones also have the same 5.7-inch HD+ screen, 2GB of RAM, and 4G LTE connectivity. These are some of the essential components that you want on a daily-driver smartphone. Other than those similarities, the OPPO A83 and the Honor 7A also has the same retail price of Php6,990. So when choosing between them, you can immediately eliminate the price when figuring out which smartphone to buy.

But since you’re shopping in the low-end segment, you want a smartphone with stripped-down novelties and the best possible performance. And since the OPPO A83 has the better set of hardware, it’s the more logically choice between the two.