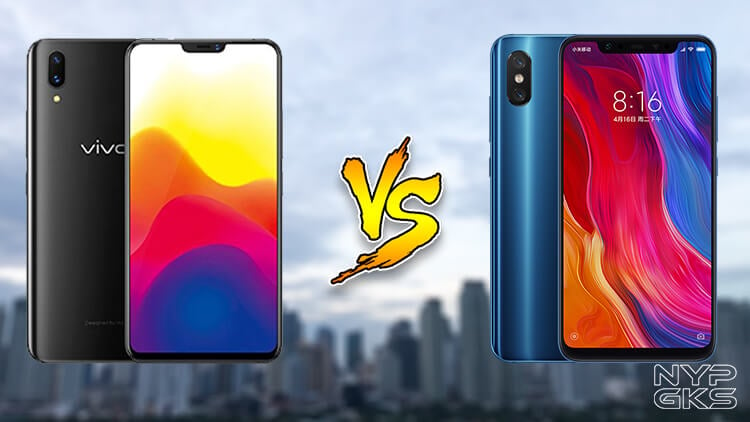 The Vivo X21 is not like any other Vivo smartphone that we’ve seen in a while. For those who are unfamiliar with this device, the X21 is equipped with an in-display fingerprint scanner, making it one of the first handsets in the industry to have the said feature.

But the thing is, the Vivo X21 is worth Php29,999. That’s almost the price of some high-end and flagship smartphones that are out in the market today. Is that revolutionary feature enough to justify its price tag? That’s what we’re about to find out.

The Vivo X21 isn’t exactly the flagship device that most people might expect. While it might be priced like it, there are other alternatives out there that offer real flagship-like hardware. Just recently, Xiaomi has brought their latest Android flagship in the Philippines. The Xiaomi Mi 8, which is considered as one of the most value-oriented smartphones around, strips some of the novelties in lieu of dependable hardware. Priced several thousands of peso apart, which between the Vivo X21 and the Xiaomi Mi 8 should you get? Is the X21’s revolutionary feature enough to justify a purchase? Or should you go with the Mi 8 and its trusty hardware? Check out our Vivo X21 versus Xiaomi Mi 8 specifications and features comparison to help answer those questions. The Vivo X21 sure has a lot of things going with it. Its in-display fingerprint scanner feature definitely is one of a kind. Plus, the dedicated Hi-Fi chip is a good treat for those audiophiles out there. However, its Php29,999 price is asking for a bit too much.

This device belongs to the premium midrange section. For what it offers, it’s certainly an interesting device. It boasts a large and gorgeous 6.28-inch Super AMOLED screen, a rare find on a device of this caliber. Vivo X21 also comes with a capable Snapdragon 660 processor, 6GB of RAM, and a generous 128GB of storage. The 12-megapixel front camera, partnered with its selfie-centric camera app, is aimed to please those who are into taking self-portraits.

All things are great, except for the price. It’s evident that the X21 is way out of its league. And if you really want to get one, I suggest that you wait a little longer until the price goes down a little bit. But if you’re just looking for a smartphone that’s worth every penny, then the Xiaomi Mi 8 is hard to beat. What’s more interesting is, even its top-of-the-line model is cheaper than the X21. The 128GB model retails for Php27,990, while the 64GB variant is priced at Php25,990.

It might not have a futuristic biometrics technology, but it definitely packs all of the high-end hardware that you’d come to expect from a proper flagship smartphone.

For one, there’s the Qualcomm Snapdragon 845 processor on the inside, which is easily one of the best chipsets around right now. It also comes with 6GB of RAM, and 256GB of storage that’s twice as much as what the X21 has. The Xiaomi Mi 8 is also equipped with an impressive set of cameras, which got a score of 99 points in DxOMark. Putting it ahead of the Google Pixel 2 and the iPhone X on the camera rankings.

Furthermore, the Mi 8 is the first ever device to sport a Dual-frequency GPS. It might not be the most used feature around but it’s still worth noting. The only problem with the Xiaomi Mi 8 is its availability. Since Xiaomi just returned in the Philippines several months ago, it’s not available in a bunch of stores yet. Right now, it’s only offered in authorized Mi stores.

On the other hand, everyone can get the Vivo X21 pretty much anywhere. The company has a store in almost any shopping centers and online malls nationwide.

Overall, it’s all about the consumer’s preference. Innovation comes at a price, so it’s understandable that the X21 is relatively expensive. If you value the revolutionary in-display fingeprint scanner of Vivo, pick the X21. Otherwise, go with the Mi 8.