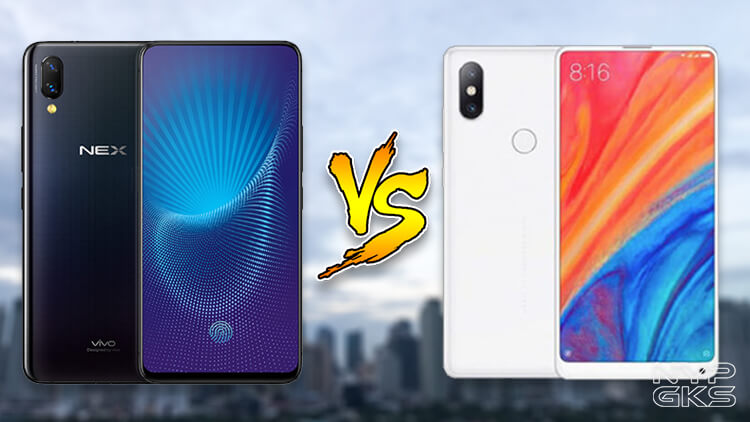 Vivo Philippines surprised everyone when they launched the new Vivo X21 here in the country. While it sure has innovative features, people were really surprised by its ridiculous price tag.

The Vivo X21‘s asking price easily stacks it up with some of the high-end and flagship devices that are out today. One of which is the Xiaomi Mi Mix 2S — the company’s beefed-up smartphone that’s second to the throne of the Mi 8.

While the Xiaomi Mi Mix 2S might not have all the cool new features of the Mi 8, it sure comes with all the right hardware that easily makes it a proper flagship smartphone. Probably the obvious question here is, are the new features of the Vivo X21 enough to justify its price tag? Or are those new things just novelties and you’re better off spending your money for a real and proper high-end smartphone? Go ahead and check out our Vivo X21 versus Xiaomi Mi Mix 2S specifications and features comparison below to find out. The Vivo X21’s in-display fingerprint scanner and other nifty features made it known across the world. However, it’s obvious that the Xiaomi Mi Mix 2S beats it in all the other aspects.

The Xiaomi Mi Mix 2S seals its flagship status with its Qualcomm Snapdragon 845 chipset, the processor of choice for most top-of-the-line handsets right now.

On the other hand, the X21 only runs on a Qualcomm Snapdragon 660 processor. It’s midrange caliber at best, and it’s definitely not a flagship-material chipset for a smartphone.

The Super AMOLED screen on the X21 is way better than the IPS panel found on the Mi Mix 2S. It also has a dedicated HiFi audio chip that noticeably improves the sound coming out from headphones. The Xiaomi Mi Mix 2S also has a larger battery with wireless charging capability. All that for a price tag of Php29,990, which is even a tad bit cheaper than the X21.

However, it’s hard to disregard the hard work that Vivo did with the X21. Its in-display fingerprint scanner gives us a peek into the feature. We’ve tested it already and it works surprisingly okay. It might not be as good as the traditional technology, but considering that it is in its early stages, it’s hard not to be impressed.

Unfortunately, there’s really a price to pay to experience something as cool as this. Vivo X21 retails for a price of Php29,999 in the Philippines. At the end of the day, I guess I still gotta give the trophy to the Xiaomi Mi Mix 2S. This thing just delivers the best value for the price. But if money is not an issue, I still suggest that you skip the X21 and wait for the Vivo NEX S instead.

The Vivo NEX S has the same fingerprint scanner technology, plus a pop-up camera for a truly bezel-less display and a slew of capable and flagship-worthy hardware just like the Mi Mix 2S. On the downside, Vivo is yet to announce its official pricing and availability here in the Philippines.